"By far most of the people who go avoidably blind are women."
Brian Doolan, The Fred Hollows Foundation

About two-thirds of the world's blind are women ... in industrialised countries because of their higher life expectancy, in non-industrialised countries because women have little access to surgery. Cataract (which can be cured by surgery and is responsible for most avoidable blindness) surgical coverage among women in sub-Saharan Africa and south Asia, for instance, is consistently lower and sometimes half that in men (via). 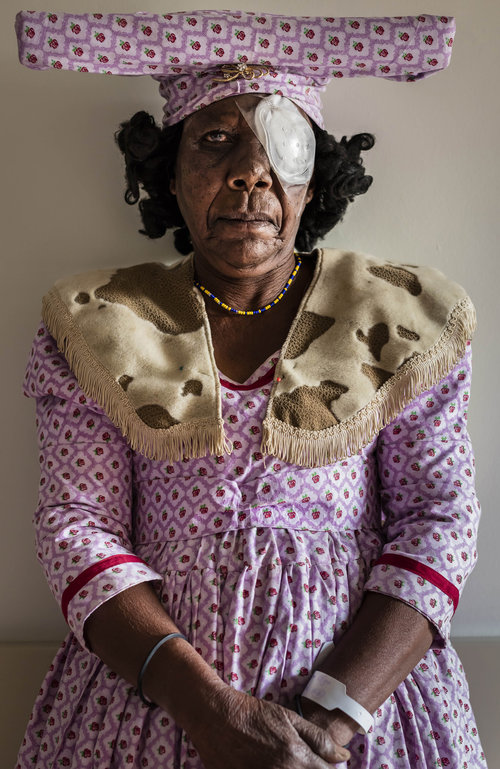 Women face barriers ranging from the cost of surgery, the inability to travel, lacking social support to lacking access to information (via). By 2010, the number of people living with blindness could triple worldwide (via), many of the people affected will be women, poor, poor women.


"In many cultures and regions, within families and the context of communities, blind and vision-impaired women are not considered as important as men to get services. It’s a question of financing and cost recovery where investment in families is rather going to men and to the younger generation than to women and the older generation." Johannes Trimmel 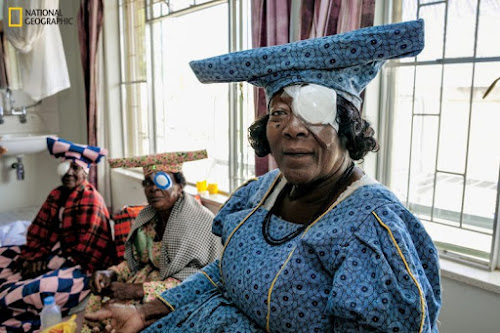 "It's obscene to let people go blind when they don't have to."
Fred Hollows

"The bacterium Chlamydia trachomatis is responsible for the infectious eye disease of trachoma and is a leading cause of blindness in developing countries. Trachoma infection rates are higher in girls and women, as are repeat infections that can lead to blindness. As primary caregivers, young girls and mothers are more exposed to the infectious agent present in the eye secretions of infants. Peak rates of infection occur in pre-school children, which at this age leads to higher rates of scarring, trichiasis and blindness. Trachomatous trichiasis is the stage of trachoma characterized by inturned eyelashes which abrade the cornea and leads to blindness.
In a recent Egyptian study, recurrence rates of trichiasis after surgery were 44.4% for women, and 37.7% for men. These gender differences may be the result of women delaying surgery. Studies suggest that infection loads and rates of reinfection are higher among girls than in boys. Trachoma-related blindness has been found to be 2 to 4 times higher in women than in men.
A study in Oman found more blindness in women due to trachoma; out of 85 sampled blind women, 25 had trachomarelated blindness and out of 49 sampled blind men, 8 had trachoma-related blindness."
(WHO)