Toys as a form of material culture are regarded as one source of cultural data. They are said to encode the cultural values of their creators. In the case of Barbie, there is the reproach that ethnicity is defined by other than white, that blonde Barbie sets the standard from which "the other" comes. While "ethnic Barbies" are qualified by their language, foods, native clothes etc.,"Standard Barbie" can do without these ethnic symbols (Schwarz, 2005). Mexico Barbie, for instance, wears traditional clothes, carries a Chihuahua and a passport; her creation caused some controversy. 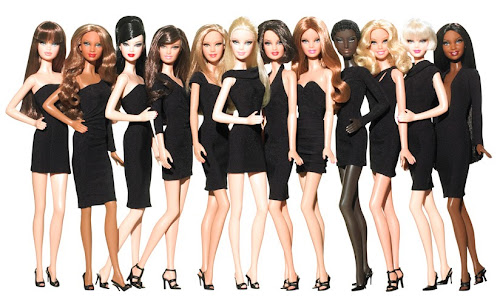 By developing dolls that allowed identification by "ethnic others", Mattel intended to capture the growing ethnic markets (Goldman, 2011). However, there is more to it than just increasing sales. Dolls invite children to imagine themselves in the doll's image (Schwarz, 2005) ... and one "standard image" is simply not enough. 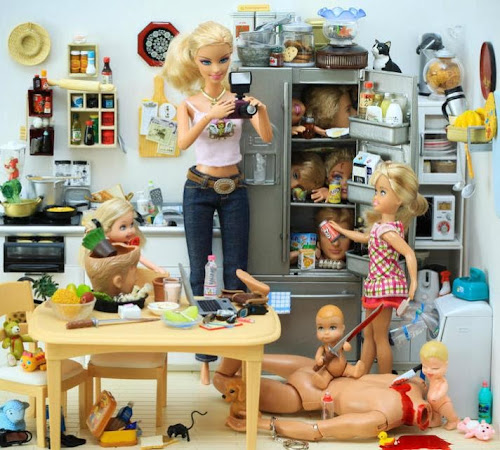 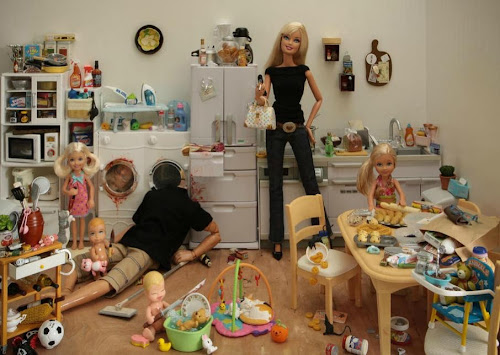 "On this International Day of Friendship, let us cultivate warm ties that strengthen our common humanity and promote the well-being of the human family."
UN Secretary-General Ban Ki-moon 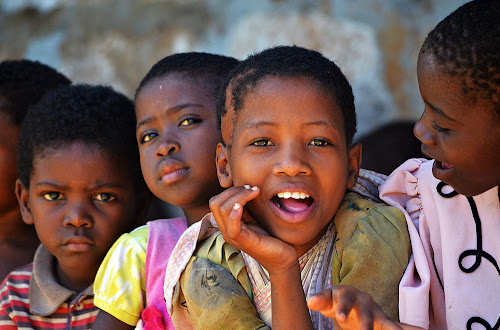 The International Day of Friendship was proclaimed in 2011 by the UN General Assembly with the idea that friendship between peoples, countries, cultures and individuals can build bridges between communities. Photo: (c) M. Laura Moazedi (2012) Kenya
Posted by M. Laura Moazedi 6 comments:

Marilyn Monroe - if various internet sources are correct - suffered from depression. A typical female disorder? Statistics from the NIH show that women are 70% more likely to experience depression during their lifetime. But... 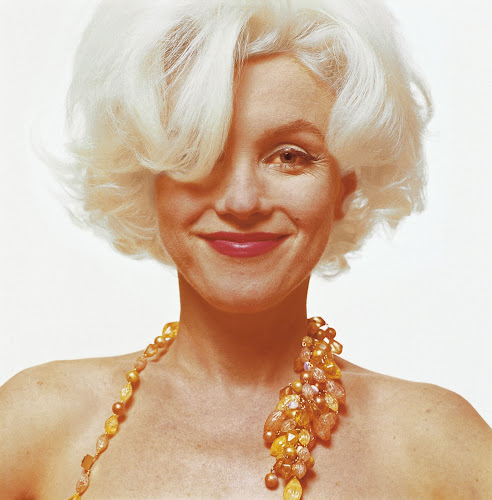 ... according to the gender medicine approach, men seem to suffer from depression as often as women. Men are just less often diagnosed with depression. Statistical differences between men and women are explained by differences in gender roles (e.g. not seeking help), coping styles (e.g. substance abuse) and symptoms leading to an underestimation of the true rates. Men show more anger, aggression and irritability - symptoms that are usually not associated with depression as we are used to focusing on "traditional female symptoms" (see). Once again the behaviour and experience of the dominant group (here women) is seen as normative and those in the nondominant group (here men) are seen as "different". Depression needs to be taken seriously, the relative lack of research on gender and depression raises public health concerns (Addis, 2008). 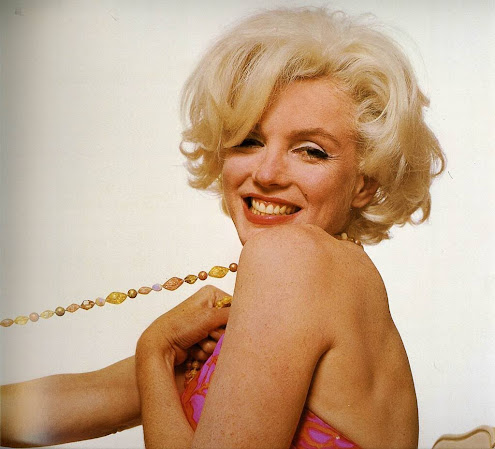 When Thorkil Sonne learned that his 2.5-years-old son had infantile autism, he started reading about the disorder and soon realized that his son would face a life of misunderstandings, isolation and scarce job opportunities. Sonne then founded "Specialisterne" with the aim of giving people with Autism Spectrum Disorders (ASD) and similar challenges equal job opportunities - of creating one million jobs. People with ASD (ranging from Asperger to Autism) often have a passion for detail and an outstanding memory.

Stephen Wiltshire was diagnosed as autistic when he was three. At the age of nine he learned to speak, at seven he had already been known for his drawings. His sketches of big cities from memory after having seen them just once (from the helicopter) became legendary for their incredible accuracy.

Linda McCartney (for her current exhibition in Vienna see) certainly was a gifted photographer - it was her way of seeing and portraying music stars that made her famous. And her picture of Eric Clapton turned her into the first female photographer whose artwork was published on the cover of the Rolling Stone.

The Beatles and a wonderful excerpt from their movie Help! (via YouTube)... Enjoy!

In the 1960s, African Americans started the movement "Black is Beautiful" which later became an international one. Its aim was to counteract the idea and ideal of "white" features setting beauty standards which in other words meant that "black" features were contradictory to beauty. Among other practices, this movement also encouraged people to stop eliminating their "visible Africanness" by e.g. straightening their hair or bleaching their skin. (photo via) 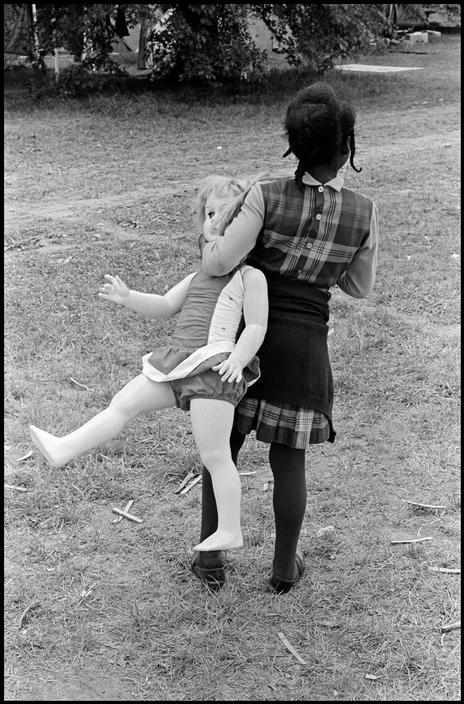 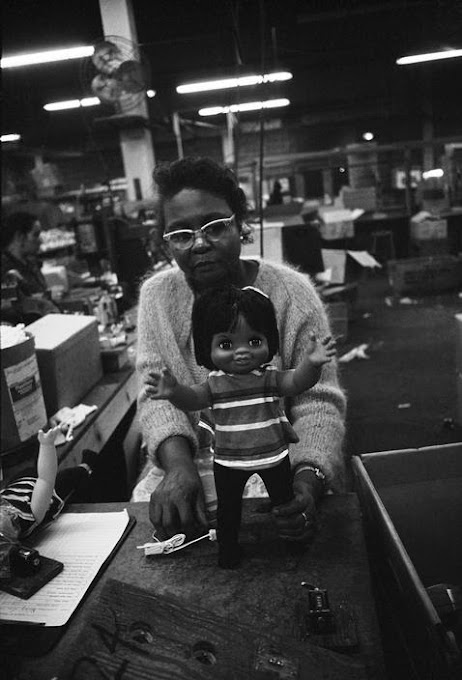 The Centre of the World

World maps do have a long and controversial history as they depict political and socio-economic interests. The size of different countries did not only depend on geographic data but also on aspirations to present one's own nation as larger, as superior. An often cited example is the Mercator projection that distorts size making the Northern Hemisphere appear much larger than it actually is. The "Greenland Problem" refers to the fact that Greenland seems to be the same size as Africa although Africa is fourteen times larger. (image via) 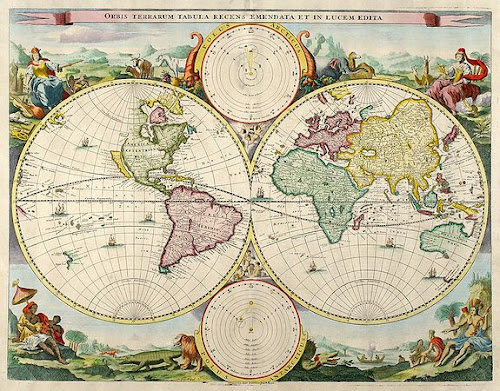 Being European, I grew up with a Eurocentric map, with Europe in the middle. And being centred in the middle, I clearly knew what was East and West. Or thought so. When I used to study Japanese my professor once told us that when she moved to Austria it took her a while to understand what we meant when we spoke of Japan as a country in "the Far East". Japan was not in the East, it was in the centre. She had grown up with a world map showing Asia in the middle. Isn't it fascinating how relative things are?... (images via) 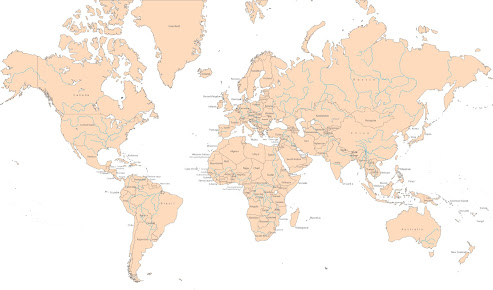 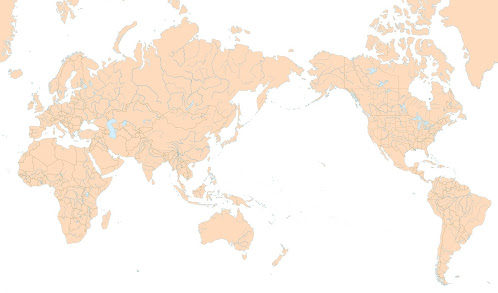 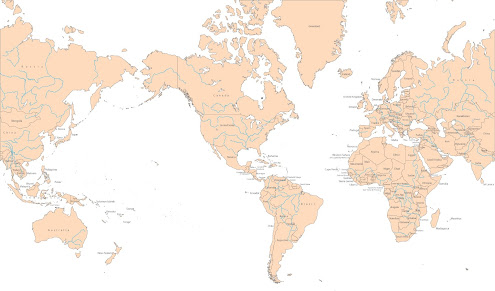 The Canada Goose and why we need Age Management

"Darling, I've just had an accident."
Chesley B. Sullenberger

On 15 January 2009, an Airbus lost engine power and ditched on the Hudson River after having struck a flock of Canada Geese. It was the first time in fifty years that an airliner managed to successfully land on water without fatalities (via). According to aviation psychologists, what could have become a disaster turned into the "Miracle on the Hudson" due to the fact that experience makes people recognise problems earlier. Unlike today's movie heroes, at the time, Captain Chesley Sullenberger was 57 years old and had been flying for about 40 years (via), his co-pilot Jeff Skiles had more than 20 years experience. In his posting about age and recruiting, Mai asks the question if Sullenberger - in a fictitious scenario - would have had a chance to get the job had he applied two years earlier. "Sorry, Mr Sullenberger. You are surely good and have achieved a lot but, well, there are younger colleagues out there in their mid thirties who also want the job. They are better and cheaper." (via) The next time we come across clichees concerning age (resulting in a reluctance to hire the "not so young") we might reflect on the effects of a successful ditching and saving 155 people's lives... 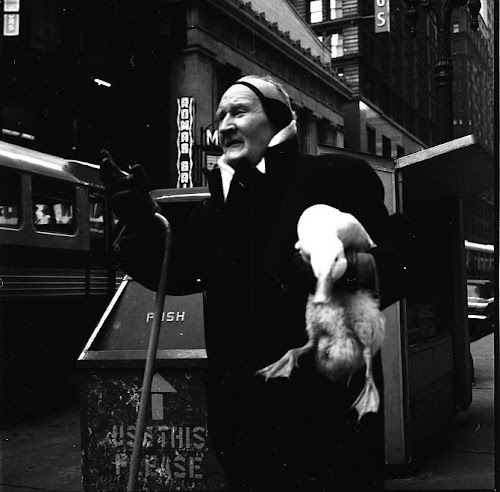 photograph of man holding duck, taken by Vivian Maier via, of woman walking with goose in Berlin, taken by Ruth Jacobi via 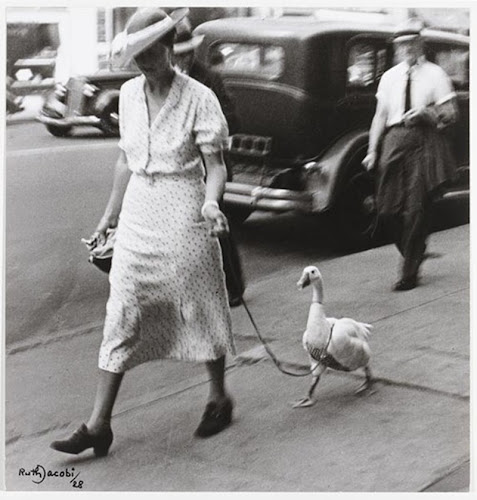 The original posting has been updated.
Posted by M. Laura Moazedi No comments:

Quite a distinctive feature of the science fiction series "Space: 1999" is the design by avant-garde fashionist Rudi Gernreich. Gernreich (1922-1985), mainly known for his single-piece topless "monokini" which he introduced in the 1960s, fled to the US after the German Anschluss. He reflected on the effects of fashion on gender roles and envisioned that by 1980 unisex clothes would be more or less established and male and female dress would be interchangeable (Paoletti & Brush Kidwell, 2011). 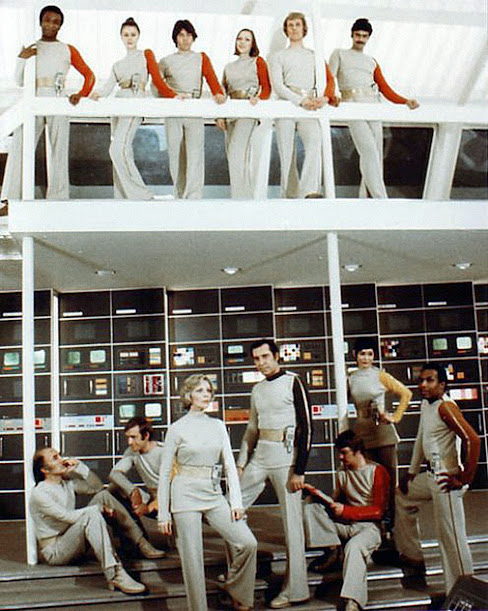 Rudi Gernreich and Peggy Moffitt (photos via and via) 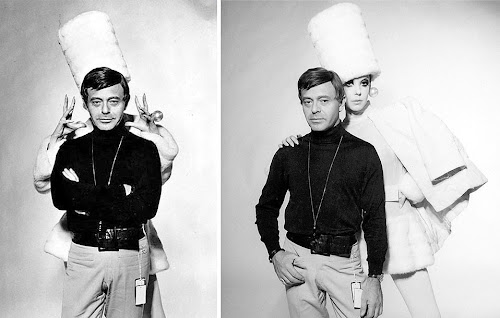 Luca Parmitano, ESA astronaut, took delicious Italian dishes such as lasagna, tiramisù, risotto al pesto, and melanzane alla parmigiana to the International Space Station. One of the recipes even became "Luca's lasagna" in the media. A theory wants it that this most Italian lasagna is of English origin. The most Austrian/Viennese "Wiener Schnitzel" comes from the Italian city of Milan, the Dutch symbol of the tulip is a Persian flower, and, and, and. These examples illustrate cultural transfer, i.e., culture is not static but dynamic. Cultural Transfer Studies state that there is no culture without another one and that we take cultural elements from each other, shape them the way we need them, make them part of our own culture, absorb them. Culture is constantly moving, constantly being shaped. By the way, Luca Parmitano is having his first space walk today. (photos via and via) 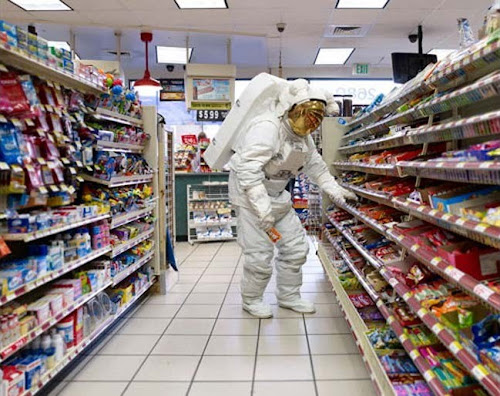 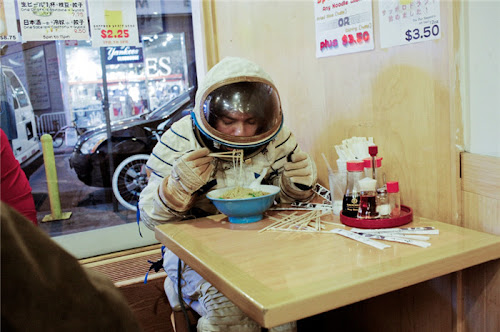 More on space, spiced with some science fiction and a lot of diversity

Star Trek - The Original Series from the 60s are often cited for the heterogeneity of their team. Oftentimes, what seems to be a natural thing today needed moral courage at the time. When Captain James T. Kirk kissed Lt. Uhura (in Plato's Stepchildren) NBC became seriously concerned that the kiss would anger TV stations in the Deep South. The choice of Nichelle Nichols, alias Uhura, was a groundbreaking one and of such a symbolic importance for the civil rights movement that Martin Luther King praised her work and asked her to continue it. After the cancellation of Star Trek, Nichols started volunteering in NASA projects recruiting minority and female personnel ... among others the first American female astronaut. (Source: Wikipedia, photo via) 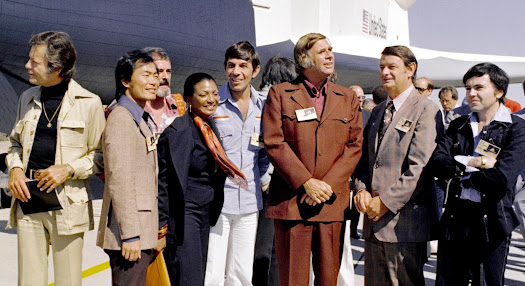 Space crews are heterogeneous - a diversity that is the product of picking the best from all over the world. For some years, research has also been focusing on the effects of multi-nationality on crew interaction and possible tensions and misunderstandings. Helmreich and Merritt (1998) emphasise that cultural differences are potential threats to safety, performance reliability, and interaction between crew members. In fact, accident investigations in aviation consider culture as a factor, particularly as one that has an impact on communication. 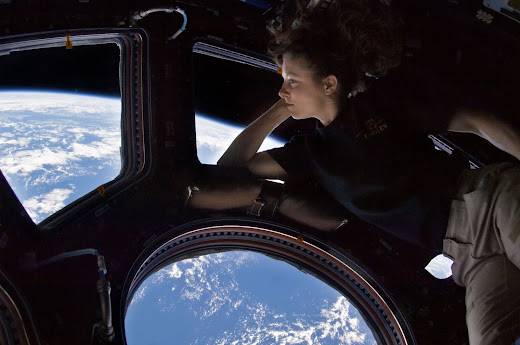 The earth rises - one of the most spectacular aha moments. We do discuss relativity and the related problems resulting from androcentric, ethnocentric, geocentric, ... points of view. And we somehow sometimes manage to change our perspective by shifting the very centre. And here we are: Our planet is not the centre of the universe and it's not just other planets and suns that rise for us, we rise for them, too. Isn't that beautiful?...  (Photo via) 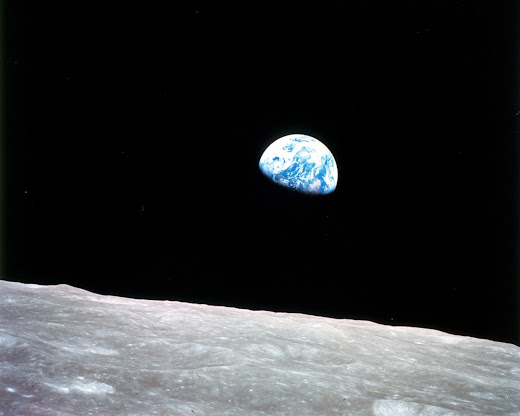