So what do we do now?
Is it 1992? Did we just hear a jury tell us that the white cops that we watched on tape hundreds of times beating Rodney King weren’t guilty of their obvious crimes? Is it 2014, when Eric Garner was executed for selling cigarettes by a white cop who strangled him as we watched? His words “I can’t breathe” forever etched into our minds? How many times have we seen people of color killed by police? Tamir Rice, Philando Castile, Laquan McDonald. There is little doubt that George Floyd was murdered. We watched as he took his last breath at the hands of four police officers. Now we see another defiant reaction to the systemic cruel treatment of a portion of our citizens like we saw in 1968, 1992, and 2014. We don’t know when these protests will subside. We hope and pray that no one else will be killed. But we also know that very little will change. 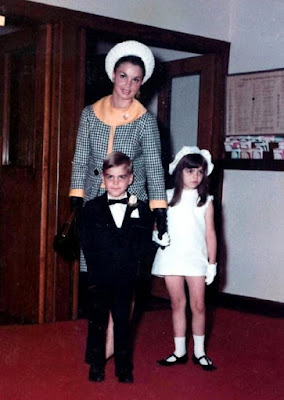 As most of us wonder what we can do, I remember listening to Sarah Koenig, who spent a year just covering trials in a Cleveland courthouse, sum up her experience. She gives those of us who feel helpless a roadmap:
Let’s all accept that something’s gone wrong. Let’s make that our premise […]
We’ve all heard the stats—that we here in the United States imprison a vastly higher percentage of our population than any other country in the world. We are number one. The numbers are well-documented, wildly out of whack, and unprecedented in our history.
Also well-documented—inequity. Every joint in the skeleton of our criminal justice system is greased by racial discrimination. Compared to white people who’ve committed the same crime and who have similar criminal histories, black people and other people of color are arrested more often. They’re charged more harshly, given higher bails, offered worse plea deals. They’re handed longer prison sentences, and their probation is more often revoked […]
These numbers aren’t floating above us in the sky. They’re alive all over the country.
We all know it’s true.
The anger and the frustration we see playing out once again in our streets is just a reminder of how little we’ve grown as a country from our original sin of slavery. The fact that we aren’t actually buying and selling other human beings anymore is not a badge of honor. We need systemic change in our law enforcement and in our criminal justice system. We need policymakers and politicians that reflect basic fairness to all of their citizens equally. Not leaders that stoke hatred and violence as if the idea of shooting looters could ever be anything less than a racial dog whistle. Bull Connor was more subtle.
This is our pandemic. It infects all of us, and in 400 years we’ve yet to find a vaccine. It seems we’ve stopped even looking for one and we just try to treat the wound on an individual basis. And we sure haven’t done a very good job of that. So this week, as we’re wondering what it’s going to take to fix these seemingly insurmountable problems, just remember we created these issues so we can fix them. And there is only one way in this country to bring lasting change: Vote.
George Clooney
- - - - -
photograph of George Clooney as a child via
Posted by M. Laura Moazedi 2 comments:

Arthur Ashe started playing tennis when he was six years old on a segregated playground adjacent to his home in Virginia. In 1958, he became the first black US-American to play in the Maryland boys' championships which was also his first integrated tennis competition. Later, he became the first black tennis player selected to the United Statis Davis Cup team and the first and only black man to win the singles title at Wimbledon, the Australian Open, and the US Open (via and via). 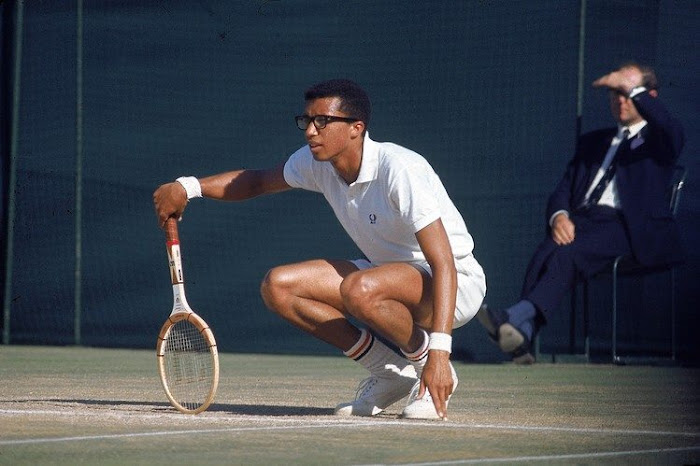 "In actuality, Arthur Ashe was a trailblazer for African American males in tennis every time he succeeded on the court, in much the same fashion as Althea Gibson had for African American females some 10 years earlier. The relevance of these accomplishments was not lost on Ashe. His determination to succeed despite being an outcast in a historically white sport was put to an even greater test in 1969.

In a year (1969), when he was basking in the international fame, he had gained the previous year after winning the US Open and playing a key role on the United States winning Davis Cup team, two separate issues came to the forefront and helped shape Arthur the activist, a role he never ran from throughout his life if he believed in the cause. At a time when tennis’ popularity was growing by leaps and bounds, the amount of prize money being offered to the players, the “drawing cards,” was lagging disproportionately behind. Ashe and several other players formed in 1969, what later became known as the ATP (Association of Tennis Professionals). It is from this small and visionary beginning that today’s top players enjoy the large sums of prize money for which they compete. Later that year, as the #1-ranked American and one of the best players in the world, Arthur applied for a visa to play in the South African Open, a prestigious event. His visa was denied because of the color of his skin. Though Arthur was well aware that this would probably be the case, he decided to take a bold stand. His call for expulsion from South Africa from the tennis tour and Davis Cup play was quickly supported by numerous prominent individuals and organizations, both in and out of the tennis world. In effect, he raised the world’s awareness to the oppressive form of government (apartheid) of South Africa. Buoyed by Arthur Ashe’s initial efforts, blacks in South Africa slowly but surely began to see change come about in their country." (via)

"I am not a black artist." Jean-Michel Basquiat

"I am not a black artist, I am an artist."
Jean-Michel Basquiat 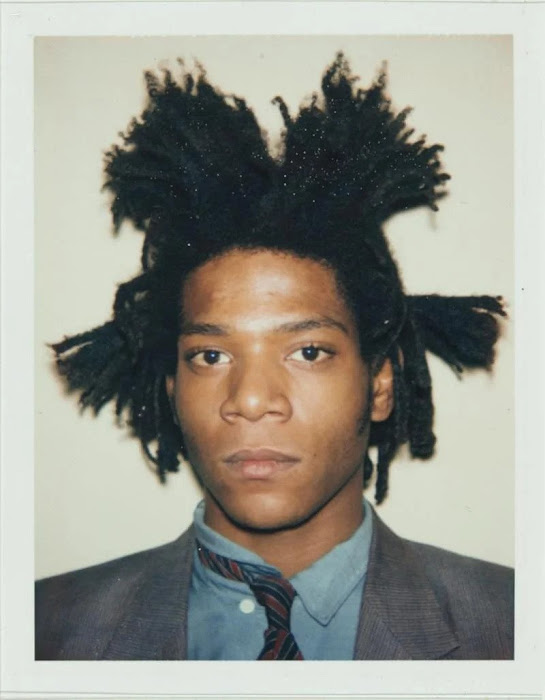 "The black person is the protagonist in most of my paintings. I realized that I didn't see many paintings with black people in them."
Jean-Michel Basquiat 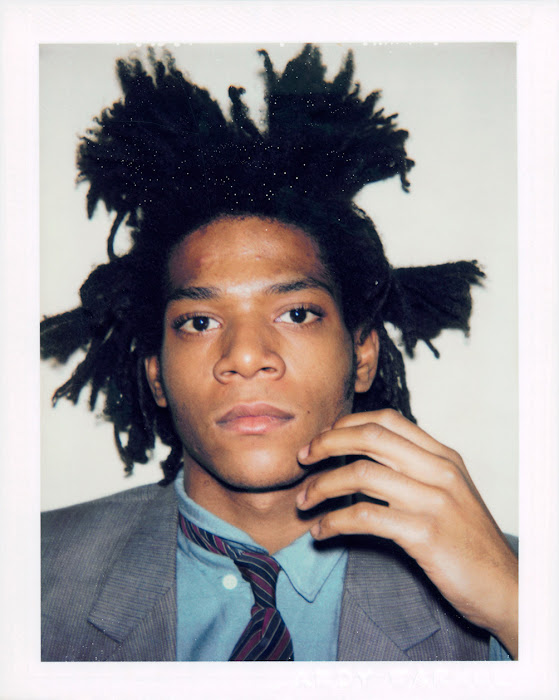 It was lonely, he was lonely, the only black man in the room, his prodigy status like that of a toy. “They’re just racist, most of those people,” he’s quoted as saying in Dieter Buchhart’s Now’s the Time (Prestel). “So they have this image of me: wild man running – you know, wild monkey man, whatever the fuck they think.” (literally via The Guardian)
- - - - -
photographs via and via
Posted by M. Laura Moazedi 2 comments:

"Without tolerance, our world turns into hell."
Friedrich Dürrenmatt

photograph by Ruedi Bliggenstorfer via

According to the 2020 findings of the Mobile Gender Gap Report, in low- and middle-income countries...
... men and women report that mobile provides crucial benefits, that mobile ownership makes them feel safer and gives them access to information needed and otherwise not available or accessible. 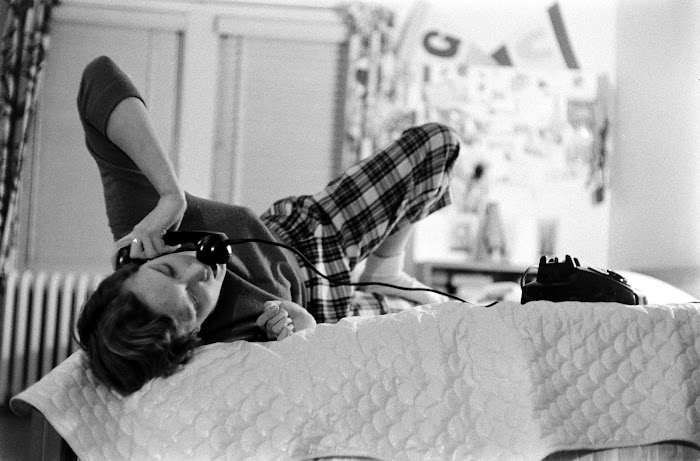 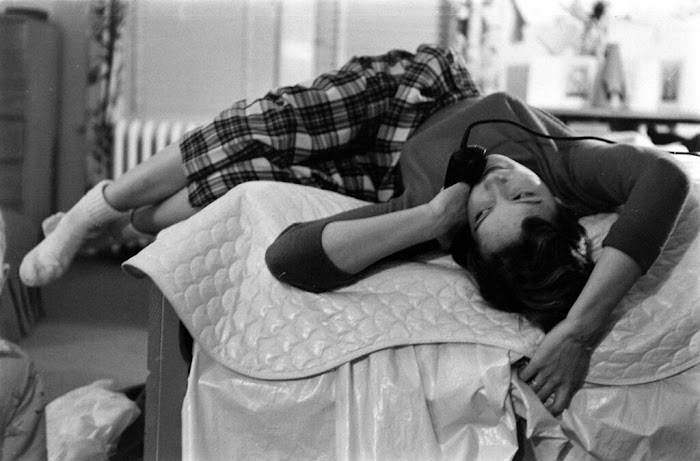 ... there is a significant gender gap in smartphone ownership. In low- and middle-income countries, women are 20% less likely than men to own a smartphone. Women are less likely to acquire a smartphone but stress their intention to get one. 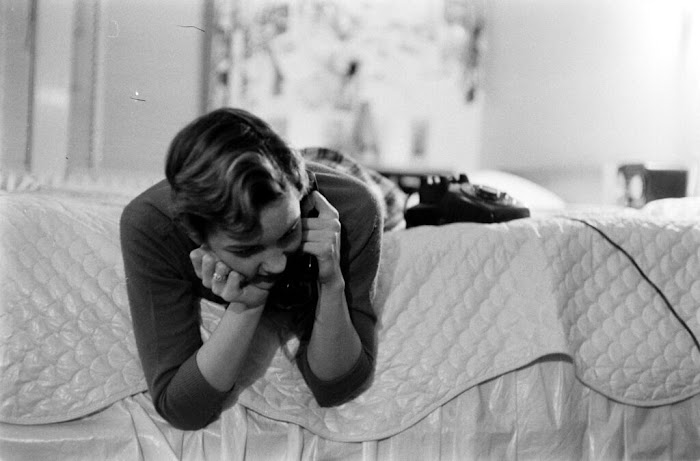 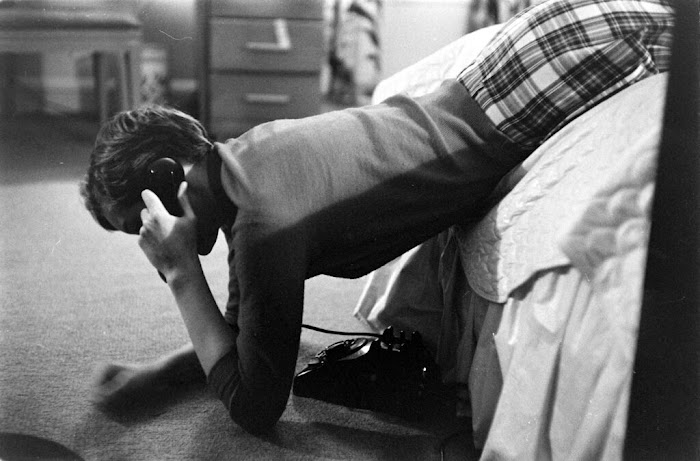 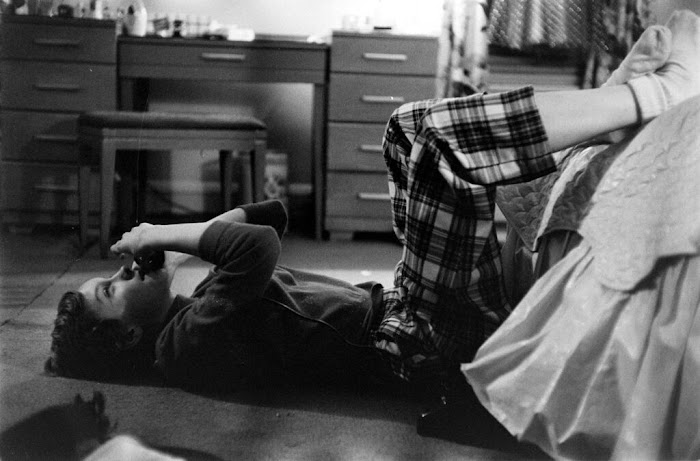 Email ThisBlogThis!Share to TwitterShare to FacebookShare to Pinterest
Labels: gender

(...) Italians arived in an America that was at best ambiguous about their food habits. On the one hand, in the 1890s the eating habits of wealthier Americans were being influenced by the latest trends in England, whose fancy hotels and country-house kitchens were again being invaded by "Contintental" chefs, usually bearing recipes from French haute cuisine. Upper-class American hotels, restaurants, and clubs shifted away from the overwhelmingly "American" and English dishes and meals that had previously characterized their menus. By the turn of the century "Spaghetti Italienne" had joined the extensive choice of American and French items. It was usually served as one of the first courses, along with or instead of chicken livers, sweetbreas, or other relatively light items. But the Italian invasion of elite dining rooms at around this time appears to have halte with spaghetti. 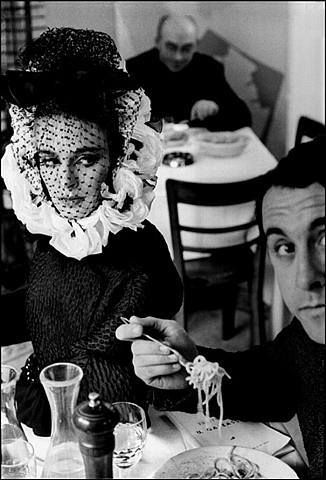 (...) the fact that the character of Italian immigration into America had changed markedly in the previous twenty years must also have discouraged thoughts of popularizing Italian food among the upper crust. Before 1880 the relatively few Italian immigrants to America had often been skille people from the north of Italy who were relatively acceptable by native-born White Anglo-Saxon Protestant standards. By 1901, however, as the deluge of unskilled and poverty-stricken immigrants from the Mezzogiorno struck America's cities, Italy no longer merely connoted Rennaissance palaces and happy gondoliers on the native-born mind. More immediate were images of swarthy immigrants in teeming tenements: sewer diggers, railroad navvies, crime, violence, and the dreaded cutthroats of the "Black Hand." Spaghetti could stay on the menu, but only as "Italienne", the French spelling bringing some reassurance that the original Italian dish had been civilized and purified in French hands. (Levenstein, 1985:77)

“Religion and culture are much in the news these days, usually as sources of difference and conflict, rather than for bringing people together. But the irony is that every religion has something to say about tolerance and respecting others.”
Queen Elizabeth II 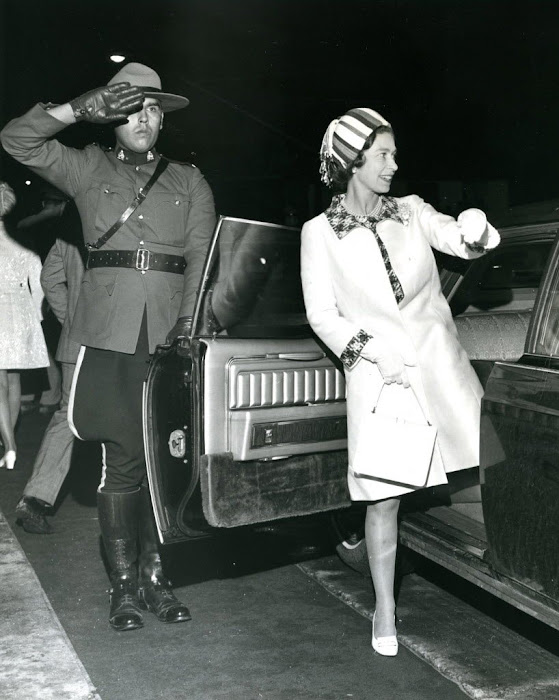 “We may hold different points of view but it is in times of stress and difficulty that we most need to remember that we have much more in common than there is dividing us.”
Queen Elizabeth II 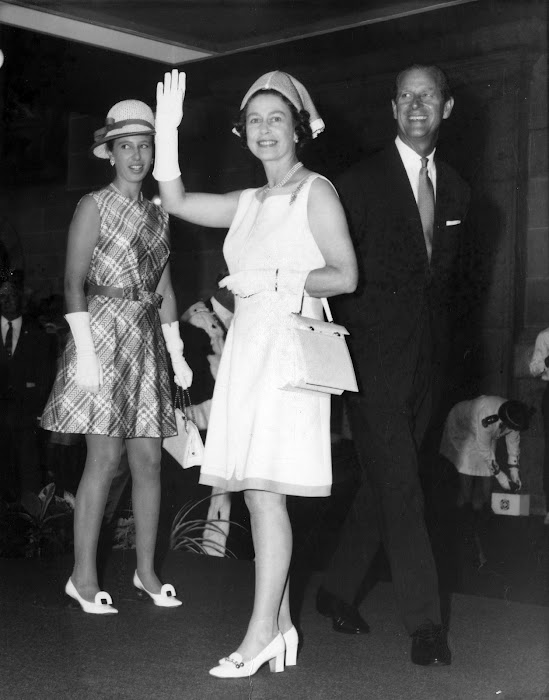 photographs via and via
Posted by M. Laura Moazedi 2 comments: