"Mississippi appendectomies, they were called because they would tell women that they needed to get their appendix out, but then sterilize them."
Kluchin 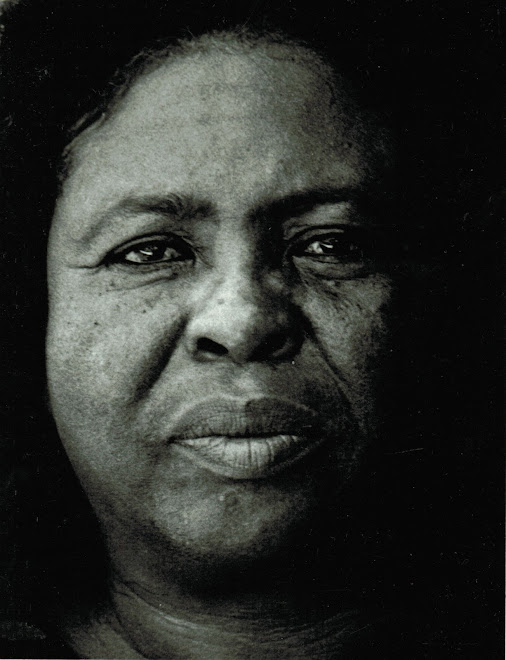 Nazi Germany had "the utopian view of a society cleansed of everything sick, alien, and disturbing". Jews, homosexuals, Marxists, and other groups were so-called health hazards that were eliminated in the most atrocious ways, one of them by sterilising them. When medicine was turned into destruction and the Sterilisation Laws were passed, "German physicians used American physicians as their models" (Byrd & Clayton, 2002). At the Nuremberg trials, they cited Virginia's 1924 Eugenical Sterilization Act as part of their defense (via). The first sterilisation law was passed in Indiana, U.S.A. in 1907 to keep disabled people from having children (via).


"Nazi physicians on more than one occasion argued that German racial policies were relatively "liberal" compared with the treatment of blacks in the United States. Evidence of this was usually taken from the fact that, in several southern states, a person with 1/32nd black ancestry was legally black, whereas if someone were 1/8th Jewish in Germany (and, for many purposes, 1/4th Jewish), that person was legally Aryan (a 1/4 Jew for example, could marry a full-blooded German). Nazi physicians spent a great deal of time discussing American miscegenation legislation; German medical journals reproduced charts showing the states in which blacks could or could not marry whites, could or could not vote, and so forth."

In the U.S., black Americans, Latino Americans, and poor Americans became victims of forced sterilisations. At one mental health hospital in South Carolina, for instance, during the ten years between 1949 and 1960, 102 out of 104 surgical sterilisations were carried out on black Americans although the hospital had admitted twice as many Whites as Blacks. According to civil rights activist Fannie Lou Hamer (1917-1977) - who coined the term Mississippi Appendectomy and who herself was a victim of forced sterilisation - 60% of the black women taken to Sunflower Mississippi City Hospital were sterilised without any medical reason. Often, they did not even know about it (Byrd & Clayton, 2002).


"It was a common belief among Blacks in the South that Black women were routinely sterilized without their informed consent and for no valid medical reason. Teaching hospitals performed unnecessary hysterectomies on poor Black women as practice for their medical residents. This sort of abuse was so widespread in the South that these operations came to be known as “Mississippi appendectomies." Dorothy Roberts 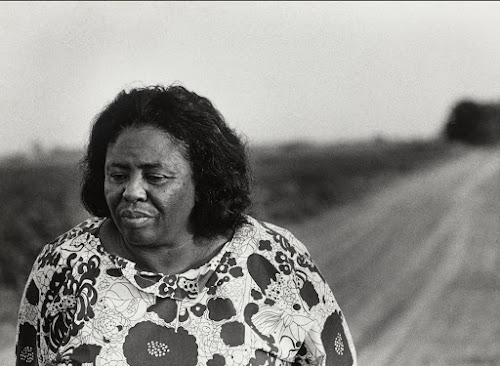 "At some point in the century, more than half of the states in the U.S. had similar programs that allowed for the sterilization of those the government deemed unfit to procreate."

Only seven of the 33 states have publicly acknowledged or publicly apologised to victims. Most of the programmes started in the early 1930s targeting people in "institutions for mental illness or mental retardation". Slowly, they began targeting "the blind, the deaf, the disabled, alcoholics, those with epilepsy, and ultimately the rural poor on welfare would fall under the umbrella of 'unfit to procreate'", as well as criminals, "promiscuous" women (including victims of rape), and pregnant women out wedlock. 65.000 US-Americans were sterilised before the last programme was shut down in the 1980s (via).

In North Carolina ("home to the third most prolific and arguably the most racist sterilization program in the nation"), over 7.600 women, men, and children were sterilised during the state's sterilisation programme's 45-year reign, most often without consent. North Carolina was the only state where social workers had the right to suggest who was to be sterilised. Their recommendations were rarely turned down by the eugenics board (95% were accepted). In this climate, doctors felt encouraged and entitled to sterilise people whenever they saw fit.

"I was raped twice, once by the perpetrator and once by the state of North Carolina."
Elaine Riddick 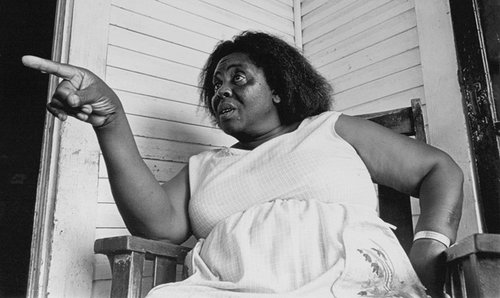 A study of sterilisations carried out in California, "the most aggressive sterilizer in the nation" came to the following conclusions:


"Our dataset reveals that those sterilized in state institutions often were young women pronounced promiscuous; the sons and daughters of Mexican, Italian, and Japanese immigrants, frequently with parents too destitute to care for them; and men and women who transgressed sexual norms. Preliminary statistical analysis demonstrates that during the peak decade of operations from 1935 to 1944 Spanish-surnamed patients were 3.5 times more likely to be sterilized than patients in the general institutional population."
Alexandra Minna Stern

"In his exhaustive survey of state hospitals and homes in the late 1920s, and in a follow-up study about a decade later, Popenoe found that the foreign-born were disproportionately affected, constituting 39% of men and 31% of women sterilized. Of these, immigrants from Scandinavia, Britain, Italy, Russia, Poland, and Germany were most represented. These records also reveal that African Americans and Mexicans were operated on at rates that exceeded their population. Although in the 1920 census they made up about 4% of the state population, Mexican men and Mexican women, respectively, comprised 7% and 8% of those sterilized. Without the forced repatriations of hundreds of Mexicans from state facilities, orchestrated by the Deportation Office of the Department of Institutions, it very likely that this figure would have been higher. More striking, at the Norwalk State Hospital, in southern California, where a total of 380 Mexicans constituted 7.8% of admissions from 1921 to 1930, they were sterilized at rates of 11% for females and 13% for males. In addition, whereas African Americans constituted just over 1% of California’s population, they accounted for 4% of total sterilizations." Minna Stern, 2005 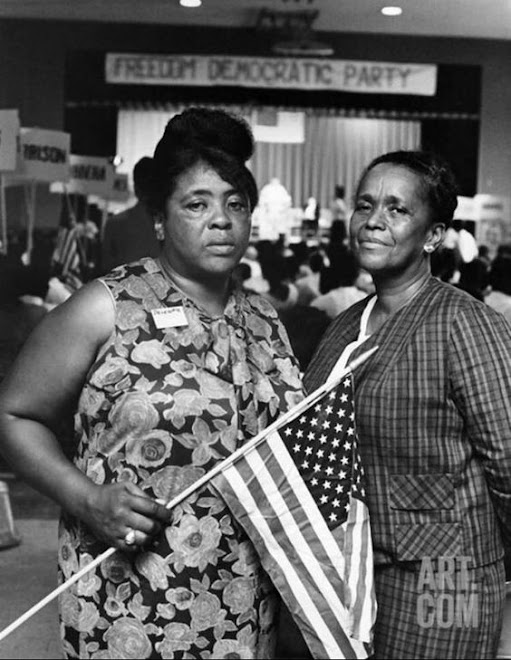 Native Americans were another target group of forced sterilisation - not so long ago. Between 1970 and 1976, about 25 to 50% of Native American women were sterilised in Albuquerque alone. Not a single woman was interviewed, neither was informed consent considered to be necessary.


"What may be the most disturbing aspect of the investigations followed: it was physicians and healthcare professionals in the IHS who coerced these women. It was they who abandoned their professional responsibility to protect the vulnerable through appropriate, non-eugenic indications for surgery and informed consent prior to the procedures. On a Navaho reservation alone, from 1972-1978, there was a 130% increase in abortions (a ratio of abortions per 1000 deliveries increasing from 34 to 77). The same study demonstrated that between 1972 and 1978, sterilization procedures went from 15.1% to 30.7% of total female surgeries on that one reservation. Healthcare professionals’ coercive tactics included the threat of withdrawing future healthcare provisions or custody of Native American children already born—if consent for sterilization was withheld." Rutecki, 2010 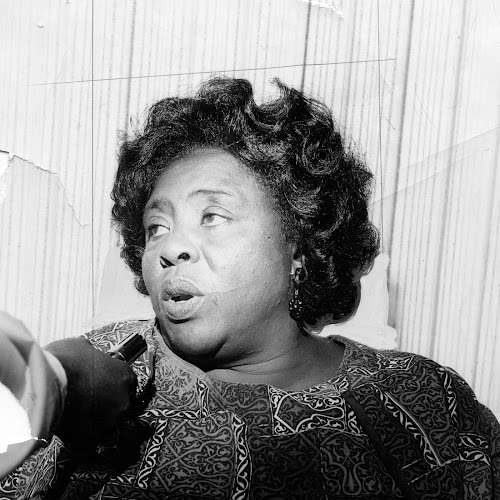 Article 6: Genocide
For the purpose of this Statute, "genocide" means any of the following acts committed with intent to destroy, in whole or in part, a national, ethnical, racial or religious group, as such:
(d) Imposing measures intended to prevent births within the group