"(...) history cannot ignore W.E.B. DuBois because history has to reflect truth and Dr. DuBois was a tireless explorer and a gifted discoverer of social truths. His singular greatness lay in his quest for truth about his own people. There were very few scholars who concerned themselves with honest study of the black man and he sought to fill this immense void. The degree to which he succeeded disclosed the great dimensions of the man."
Martin Luther King 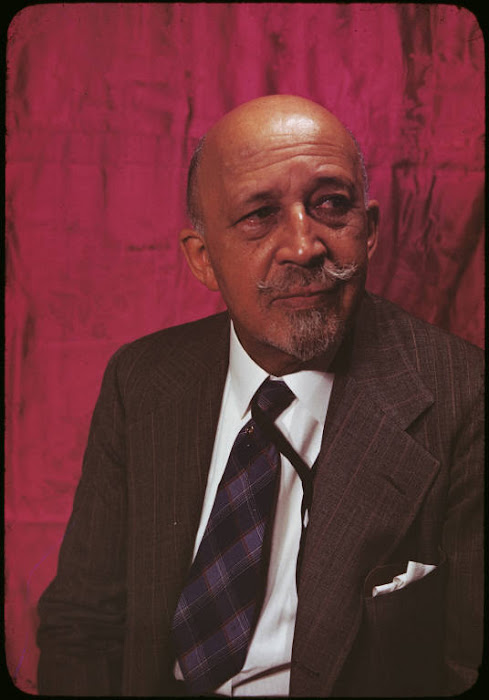 "In my own country for nearly a century I have been nothing but a NIGGER."
W.E.B. DuBois

"To be a poor man is hard, but to be a poor race in a land of dollars is the very bottom of hardships."
W.E.B. DuBois

William Edward Burghardt DuBois (1886-1963) was born on 23 February 1868 in Great Barrington, Massachusetts, at a time the town with about 5.000 inhabitants had between 25 and 50 black people. At high school he showed concern for the development of black people and reflected upon their need to politicise themselves when he became the local correspondent for the New York globe at age fifteen. After graduating from high school, DuBois went to Fisk College (now University) in Nashville, Tennessee. In the south he "saw discrimination in ways he never dreamed of". He was even more determined to support the emancipation of his people as a writer, an editor, an impassioned orator.
After Fisk, DuBois entered Harvard via scholarships where he completed his master's degree and went to the University of Berlin for his doctor's degree. One semester before finishing his degree, however, he had to go back to Harvard because his education was regarded as "unsuitable for the type of work needed to help Negroes" and was hence no longer funded.
DuBois taught in Ohio for two years before accepting a fellowship at the University of Pennsylvania where he conducted a research project in the city's slums.


"It revealed the Negro group as a symptom, not a cause; as a striving, palpitating group, and not an inert, sick body of crime; as a long historic development and not a transient occurrence."

It was the first time social phenomena were studied with a scientific approach, DuBois became "the father of Social Science".

After completing the study, he went to Atlanta University for thirteen years where he continued studying blacks. DuBois was the editor-in-chief of the Crisis for about 25 years; a magazine distributing NAACP policy. All his life, he was a highly active civil rights activist.
W.E.B. DuBois moved to Africa and became a Ghanian citizen in the final months of his life. He passed away on 27 August 1963, on the eve of the March On Washington. 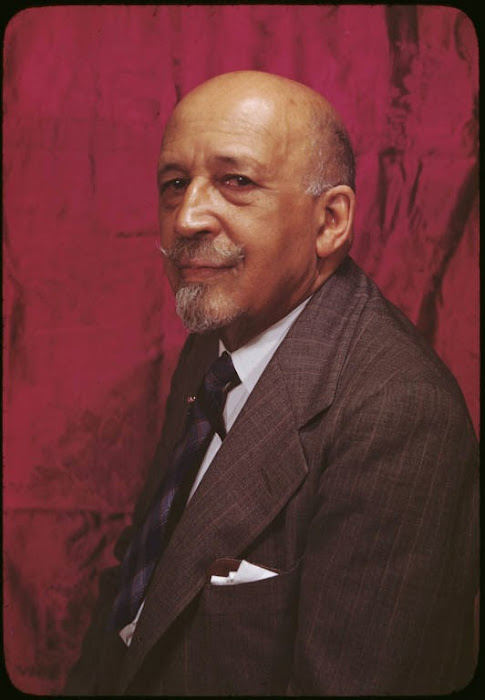 I have waited for you to get well settled before writing. By this time I hope some of the strangeness has worn off and that my little girl is working hard and regularly.

Of course, everything is new and unusual. You miss the newness and smartness of America. Gradually, however, you are going to sense the beauty of the old world: its calm and eternity and you will grow to love it.

Above all remember, dear, that you have a great opportunity. You are in one of the world’s best schools, in one of the world’s greatest modern empires. Millions of boys and girls all over this world would give almost anything they possess to be where you are. You are there by no desert or merit of yours, but only by lucky chance.

Deserve it, then. Study, do your work. Be honest, frank and fearless and get some grasp of the real values of life. You will meet, of course, curious little annoyances. People will wonder at your dear brown and the sweet crinkley hair. But that simply is of no importance and will soon be forgotten. Remember that most folk laugh at anything unusual, whether it is beautiful, fine or not. You, however, must not laugh at yourself. You must know that brown is as pretty as white or prettier and crinkley hair as straight even though it is harder to comb. The main thing is the YOU beneath the clothes and skin—the ability to do, the will to conquer, the determination to understand and know this great, wonderful, curious world. Don’t shrink from new experiences and custom. Take the cold bath bravely. Enter into the spirit of your big bed-room. Enjoy what is and not pine for what is not. Read some good, heavy, serious books just for discipline: Take yourself in hand and master yourself. Make yourself do unpleasant things, so as to gain the upper hand of your soul.

Above all remember: your father loves you and believes in you and expects you to be a wonderful woman.

I shall write each week and expect a weekly letter from you.

Papa
(via Letters of Note)

"The cost of liberty is less than the price of repression."
W.E.B. DuBois