Nichelle Nichols plans her final on-screen performance (as the matriarch of the family) for a film she is executive producing and calling her so-called legacy project: Noah's Room. The film is inspired by true events and is about "bringing diverse people together with love, faith, and forgiveness" and a "contemporary look at what it's like to be black in today's America". It tells the story of a black US-American family taking in an abused white youth (via) and saving his life. The young man "goes on to be an astronaut" (via). 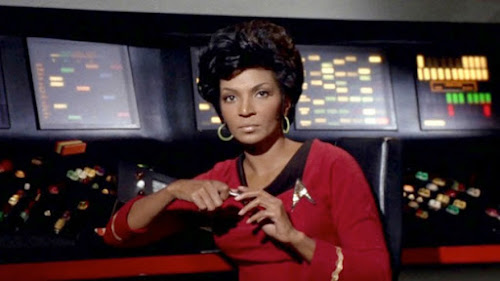 "Noah’s Room is currently in a bidding war with a number of companies interested in green-lighting Nichols bold hour-long tv series. The series will focus on an African American family who takes in a white youth that has been abused by the Foster Care system, changes his life through love, redemption and forgiveness, a second chance on life." (via)