"Dorothy Dandridge was a fighter. Growing up in The Depression and making her way through Hollywood in the ’40s, she encountered resistance — to her skin color, to her refusal to play demeaning roles — at every turn. She was assailed in the press for dating white men, and blamed herself for her husband’s philandering and her daughter’s brain damage. Nearly every societal convention was against her."
the hairpin 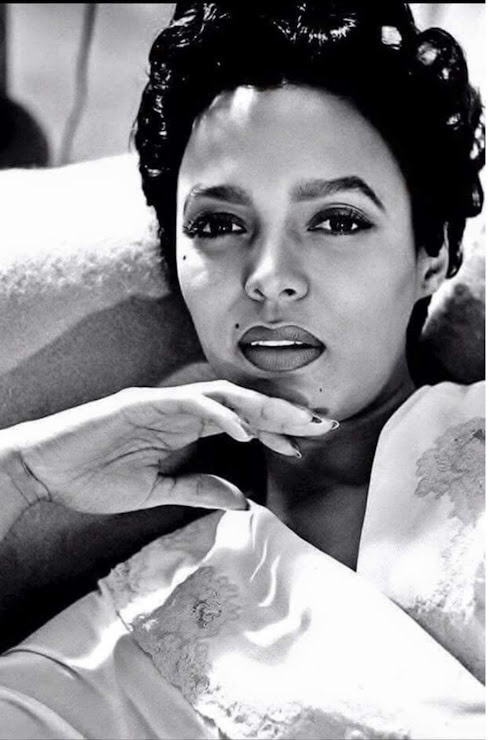 Dorothy Jean Dandridge (1922-1965) was a US-American actress, singer, and dancer, the first black woman featured on the cover of Life, and the first black American nominated for an Academy Award for Best Actress (for a leading role) (via). While her mother, Ruby Dandridge, played stereotypical "Mammy" roles, Dorothy was told to be too pretty to play a servant. At the beginning, the fact that "she didn't look like the traditionally cast African American actors" was a barrier to her career (Murgia, 2018). Dorothy Dandridge became the ultimate metaphor of the "tragic mulatto" (Hall, 2008).
Later, the civil rights movement helped her become more and more accepted and popular (Murgia, 2018)


African American visibility as more than just an uneducated, undesirable entity in the eyes of white America was being challenged by an actor who wanted to step out of an archaic stereotype and system. She was a bridge that transitioned pigeon-holed views about African Americans, however, her role was complex, and her self-awareness made that a difficult connection to maintain. Her features and lighter skin tone would bring colorism or a caste system to the forefront in both negative and positive ways, or as she called it, her 'fortune or misfortune.' She was a beauty icon, opening doors for people of color to be more desirable, actually moving within white society circles with ease, but would create a limbo for less-exotic-looking blacks who weren't seen as attractive by white society. (Murgia, 2018) 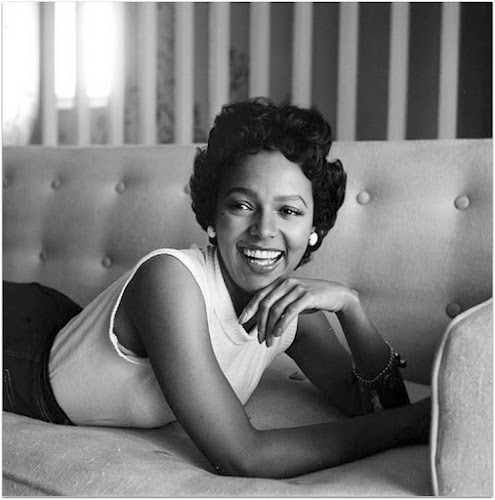 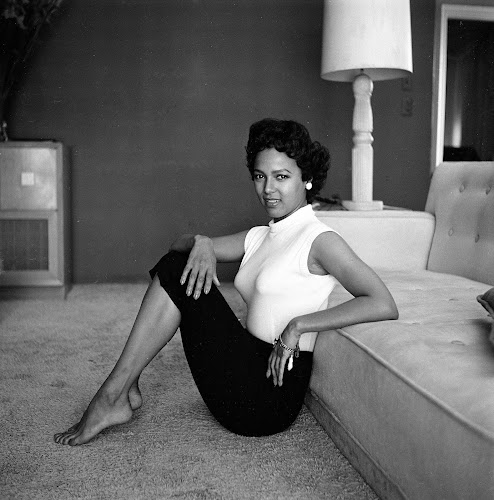 Dandridge had relationships with white men - actors and her director Otto Preminger - at a time, the Motion Picture Production Code banned romantic relationships between black and white actors on screen (Murgia, 2018).


She wanted strong leading roles, but found her opportunities limited because of her race. According to The New York Times, Dandridge once said, "If I were Betty Grable, I could capture the world." Belafonte also addressed this issue, noting that his former co-star "was the right person in the right place at the wrong time."
With Hollywood filmmakers unable to create a suitable role for the light-skinned Dandridge, they soon reverted to subtly prejudiced visions of interracial romance. She appeared in several poorly received racially and sexually charged dramas, including Island in the Sun (1957), also starring Belafonte and Joan Fontaine, and Tamango (1958), in which she plays the mistress of the captain of a slave ship.
Among the missed opportunities from this period, Dandridge turned down the supporting role of Tuptim in The King and I (1956), because she refused to play a slave. It was rumored that she would play Billie Holliday in a film version of the jazz singer's autobiography, Lady Sings the Blues, but it never panned out. (...)
While making Carmen Jones, Dandridge became involved in an affair with the film's director, Otto Preminger, who also directed Porgy and Bess. Their interracial romance, as well as Dandridge's relationships with other white lovers, was frowned upon, particularly by other African-American members of the Hollywood filmmaking community. (via)

It's a story of a life wasted as we see her determination swayed by society and the social norms of the time, as well as a mismanaged career. Her place in cinematic history is still relevant as the struggle for visible minority representation continues in the boardrooms of high-powered film executives today. Murgia (2018)