Apartheid meant that socialising with somebody with a darker skin tone could turn your skin dark... 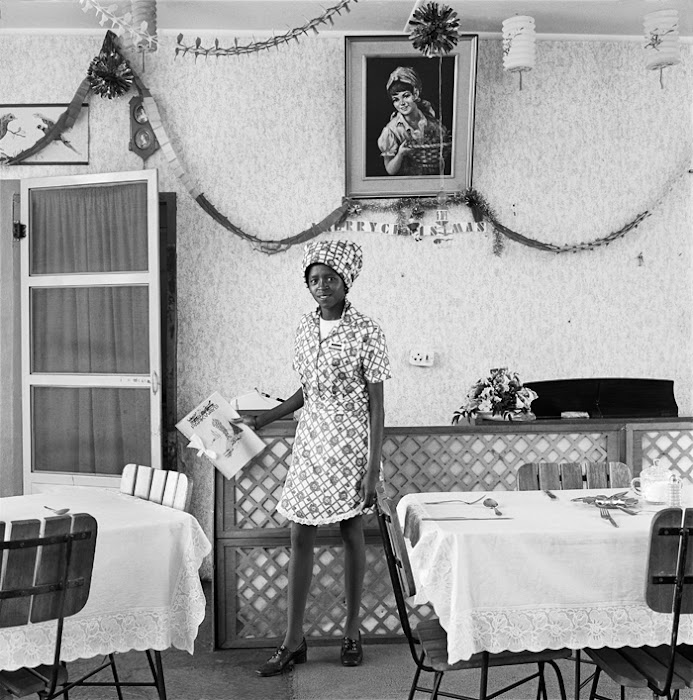 "There are in South Africa many thousands of people who cannot be classified according to a rigid system of racial identification. . . The lightest-coloured members of these ["border-line"] families often "passed "as whites and went to live in separate homes. Their darker relatives have been referred to as "Venster-Kykers" ["window lookers"] because, in order not to embarrass those who had "passed," they made a practice of looking studiously into shop windows in order to avoid greetings should they happen to meet on the streets." (Horrell, 1958:4, cited in Bowker & Star, 1999)
- - - - - -
photograph (waitress, Bezuidenhout Park, 1973; MCA/Goodman Gallery) by David Goldblatt via
Posted by M. Laura Moazedi