Disneyland's Tomorrowland reflected "a nostalgic vision of the future as imagined by dreamers and scientists in the 1920s and 1930s". This "Future That Never Was" (Sehlinger et al., 2014) was highly influenced by the space theme hype of the 1950s. 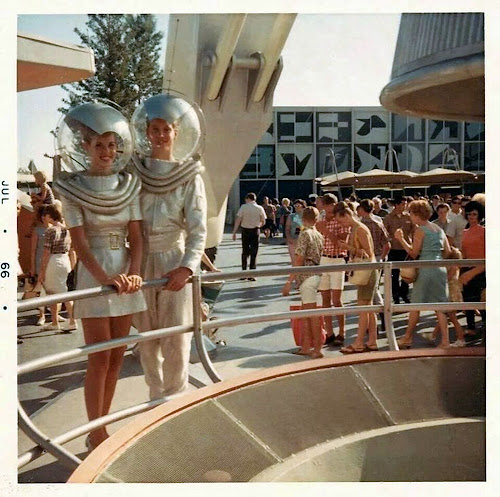 While space was "the" symbol of future and future technology in the 1950s, in the meantime, not all of us seem to have arrived in the future when it comes to space and gender roles. At a recent press conference, the female cosmonaut Yelena Olegovna Serova - the fourth Soviet/Russian woman in space - was asked (again) how she would style her hair aboard the International Space Station - a question that had never been addressed to her male colleagues around her. Her answer: "Can I ask you a question, too: aren't you interested in the hair styles of my colleagues?" (via). 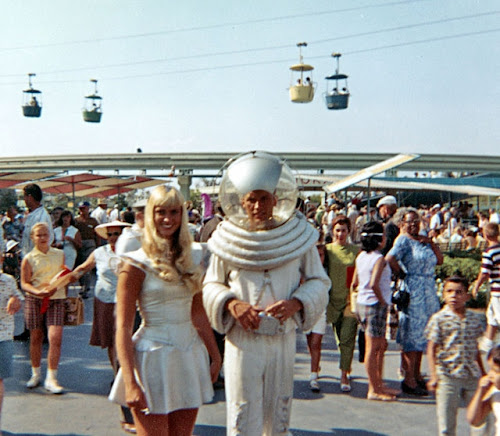 We no longer envision the future the way we did back in the 1950s, no more retro-future primarily influenced by space technology. But technological progress is probably still one of the first things that come into our minds when we think about the future. 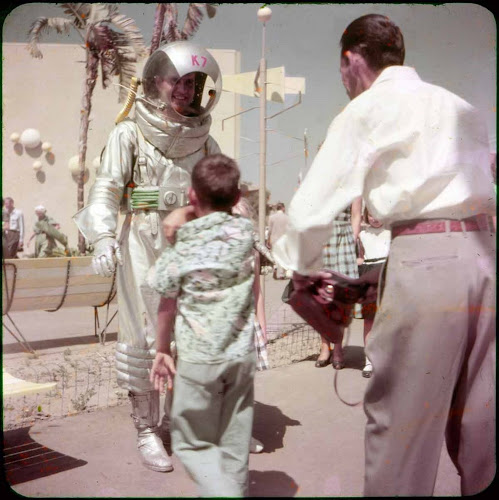 According to William F. Ogburn's Cultural Lag Theory from 1922, changes take place with different speeds. While material culture, such as factories or machines, changes more rapidly, non-material culture such as custom, beliefs, philosphies or laws, needs more time to change. In other words, progress of moral and emotional domains lag far behind techno-scientific and economic progress (Smolens, 2003). 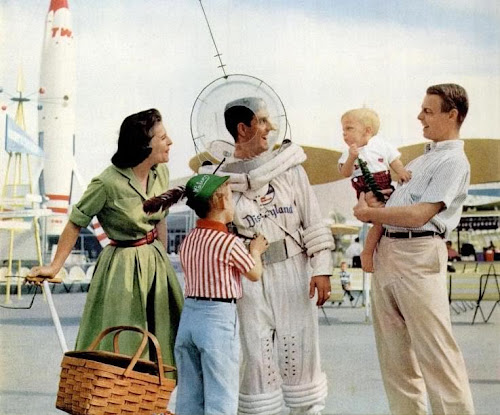 We managed to build a space station and to send people there, both men and women. Technically, we are advanced. And when we send a woman to the ISS in 2014, we ask her about her hair problems in space ... a question that could have made a nice headline in the 1950s. Culturally, we are surely lagging behind our technical progress. Culturally, we are still surrounded by a persistent "retro nostalgia"... 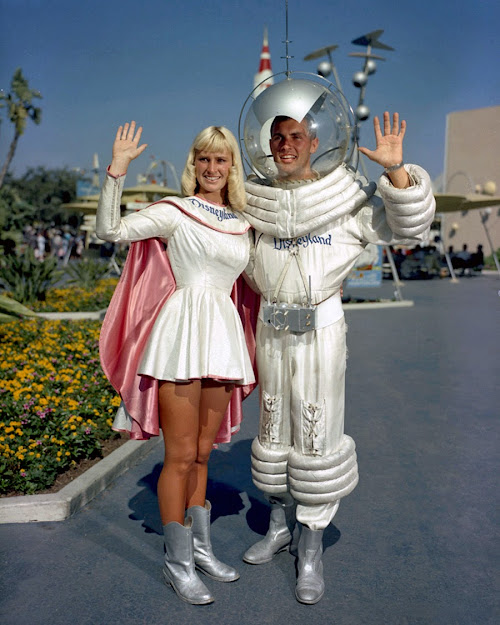