“I stick to my firm, unshakeable belief that the black press is an advocacy press, and that I, as a part of that press, can’t afford the luxury of being unbiased . . . when it come to issues that really affect my people, and I plead guilty, because I think that I am an instrument of change.”
Ethel L. Payne

“Had Ethel Payne not been black, she certainly would have been one of the most recognized journalists in American society.”
The Washington Post, editorial 1991 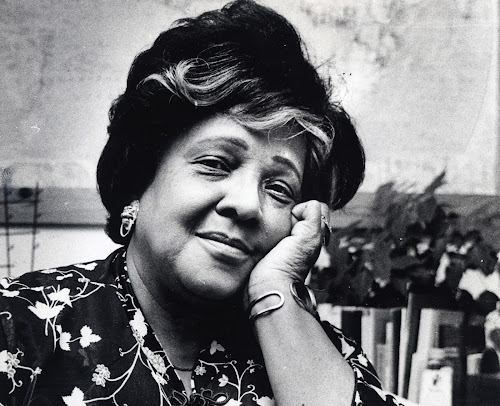 Ethel L. Payne, "First Lady of the Black Press", was born on 14 August 1911. The first female US-American commentator employed by CBS (via) and first black reporter to cover the Vietnam War (via) was particularly known as "one of the civil rights movement's most visible chroniclers for Afrian Americans". Payne worked for the Defender for more than 25 years (via), a weekly of about 130.000 in the 1920. In the South, only few black US-Americans dared to get it and since it was banned in some towns, its editors collaborated with so-called Pullman porters (via), former slaves who worked on sleeper cars on railroads and who were until the 1960s exclusively black (via). The Pullman porters stored bundles of the Defender in their personal lockers and dropped them off at barbershops and churches along their routes. Ethel Payne happened to be the granddaughter of slaves and the daughter of one of these Pullman porters (via). She passed away in 1991. 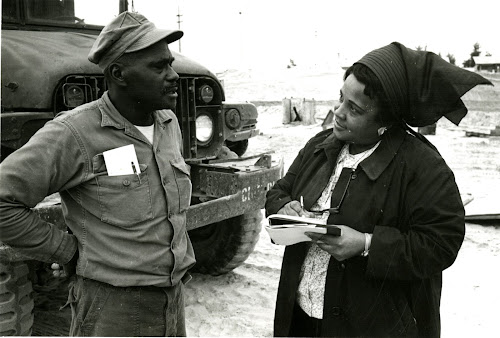 "Payne’s journalism invoked none of the angry name-calling fashionable in the news media today. Rather, she brought only one weapon with her when she gained access to the halls of power on behalf of her readers. It was to ask questions that others were not asking. And she got answers." James, McGrath Morris, biographer of Ethel Payne

On 7 July 1954, during a press conference, Ethel L. Payne - then Washington correspondent for the Chicago Defender - asked President Dwight D. Eisenhower a question nobody else had asked before.

- Payne: “Mr. President, we were very happy last week when the deputy attorney general sent a communication to the House Interstate and Foreign Commerce Committee saying that there was a legal basis for passing a law to ban segregation in interstate travel. . . . I would like to know if we could assume that we have administration support in getting action on this?”
- Eisenhower: “You say that you have to have administrative support. The administration is trying to do what it thinks and believes to be decent and just in this country, and is not in the effort to support any particular or special group of any kind.”

A reporter switched the subject but the room remained startled by Eisenhower's brusque reply. After the news conference, Eisenhower stopped calling on Payne. A columnist wrote that Payne's question had irritated the president (via).


“It was just unheard of for blacks to be standing up and asking presidents impertinent questions and particularly a black woman.”
Ethel L. Payne 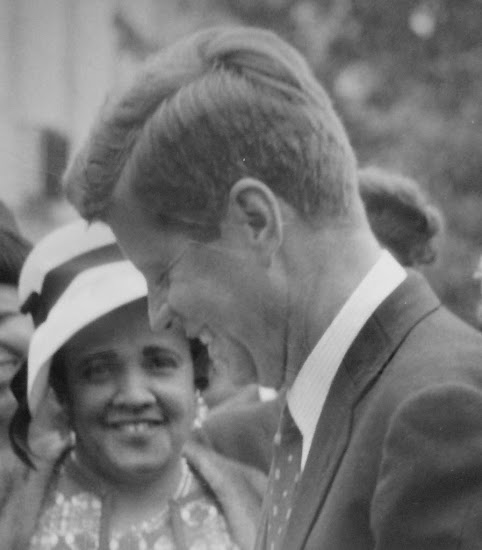