"And remember, boys and girls, your school - like our country - is made up of Americans of many different races, religions and national origins. So...
... if YOU hear anybody talk against a schoolmate or anyone else because of his religion, race or national origin - don't wait: tell him THAT KIND OF TALK IS UN-AMERICAN." 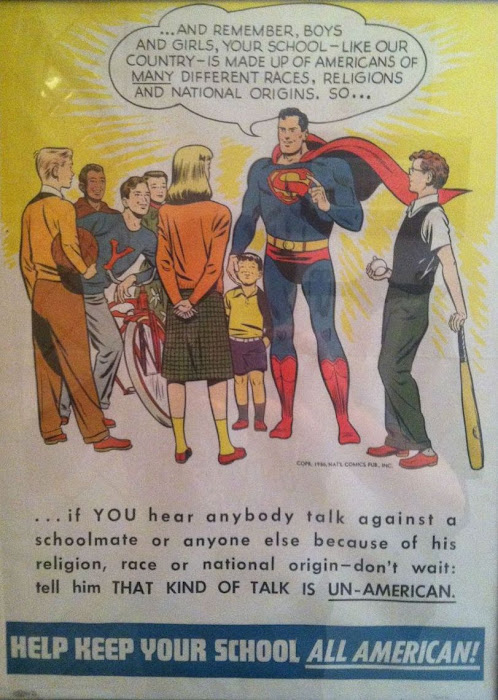 The origin of this poster in not known; the fine print on it says that it is from 1956, according to an auction listing the copyright date is 1949. The poster was distributed by the Institute For American Democracy, an offshoot of the Anti-Defamation League and other organisations, such as the Council Against Intolerance (via).

"In this individual, domination by women has led to psychic tension."

The central figure's interpersonal relationshps, sociometrically diagrammed, reveal the patterns of dominance and closeness he has with ... 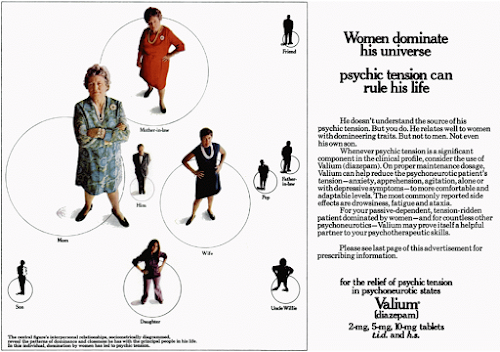