International Day of the World's Indigenous Peoples: The Right to Education

This year's International Day of the World's Indigenous Peoples is devoted to the right to education.


“Indigenous peoples have the right to establish and control their educational systems and institutions providing education in their own languages, in a manner appropriate to their cultural methods of teaching and learning.” (United Nations) 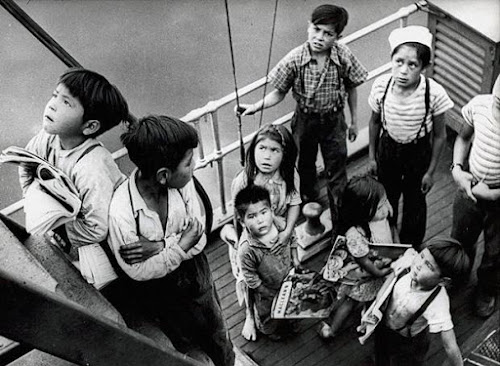 "In Nunavut, the northernmost territory in Canada, Inuit high-school graduation rates are well below average, and only 40 per cent of all school-age indigenous children are attending school full time.
In Australia, participation of indigenous 15-19 year-olds in higher education stood at 60 per cent in 2013, well below the 80 per cent participation for all Australians in the same age group.
In the Latin America and Caribbean region, on average, 85 per cent of indigenous children attend secondary education, but only 40 per cent complete that level of education."
(United Nations)

"The present plight, in terms of health, employment, education, living conditions and selfesteem, of so many Aborigines must be acknowledged as largely flowing from what happened in the past. The dispossession, the destruction of hunting fields and the devastation of lives were all related. The new diseases, the alcohol and the new pressures of living were all introduced. True acknowledgment cannot stop short of recognition of the extent to which present disadvantage flows from past injustice and oppression …"
(Human Rights and Equal Opportunity Commission Australia, 1997)

"The aim of education is to destroy the Indian."
Nicholas Flood David Report, 1879

"Canada’s residential school system for Aboriginal children was an education system in name only for much of its existence. These residential schools were created for the purpose of separating Aboriginal children from their families, in order to minimize and weaken family ties and cultural linkages, and to indoctrinate children into a new culture—the culture of the legally dominant Euro-Christian Canadian society, led by Canada’s first prime minister, Sir John A. Macdonald. The schools were in existence for well over 100 years, and many successive generations of children from the same communities and families endured the experience of them."


When the school is on the reserve the child lives with its parents, who are savages; he is surrounded by savages, and though he may learn to read and write his habits, and training and mode of thought are Indian. He is simply a savage who can read and write. It has been strongly pressed on myself, as the head of the Department, that Indian children should be withdrawn as much as possible from the parental influence, and the only way to do that would be to put them in central training industrial schools where they will acquire the habits and modes of thought of white men.

(Truth and Reconciliation Commission of Canada, 2015)

As Missionary Hugh McKay put it in 1903, the Indian residential school system was established to "kill the Indian in the child" (via).

"Efforts should be made to ensure that indigenous peoples have access to education that is culturally and linguistically appropriate and that does not aim at or result in unwanted assimilation.
Instruction in the mother-tongue language is recommended for indigenous children, youth and adults. Where indigenous language is not the mother language (i.e. where the language is not being transmitted), language revitalization programmes should be integrated into the education system.
The educational attainment of indigenous women and girls often lags behind that of other segments of the population. Special priority must be given to ensuring that indigenous women and girls have access to and benefit from education.
Second chance, vocational training and adult literacy education programmes are an important element of inclusive education with many long-lasting benefits for indigenous peoples."
(United Nations)