Hannah Höch (1889-1978), née Anna Therese Johanne Höch, was a German artist, a "rare female practicing prominently in the arts in the early part of the twentieth century - near unique as a female active in the Dada movement" (via) since Dada was a "men's club" (Hemus, 2008). In her artwork, she addressed women's status in modern society, a status she kept challenging (via). Today, a Google Doodle is dedicated to the woman art history forgot (via). 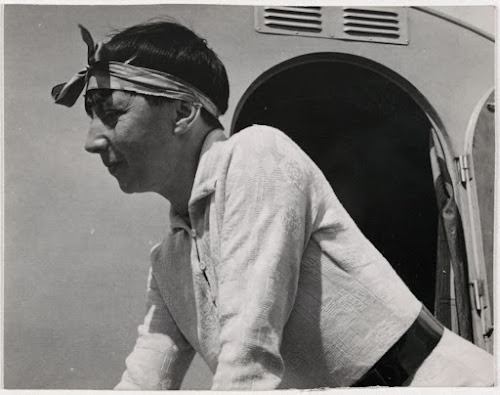 "Looking back on that great early 20th century upsurge which turned art upside down, it’s all men, men, men. Cubism, Futurism, Dadaism and all the other great world-changing isms were about testosterone-fuelled mega-egos buffeting each other in the creation of mind-bending imagery and belligerent manifestos. There were, of course, plenty of women around in Paris, Berlin and the other great centres, but they tend — even if they were artists themselves — to be seen as appendages to better-known men; as muses, models and tea-makers rather than as contributors to the greatest artistic revolution the world has even seen."
Mark Hudson 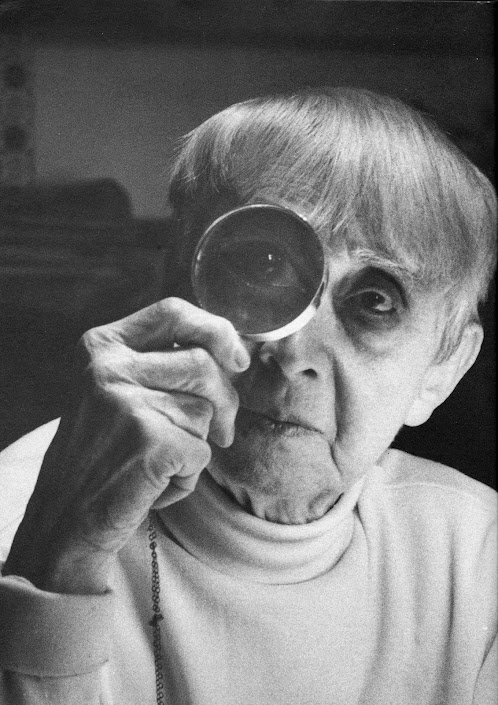 A famous work of hers is "Cut with the Kitchen Knife" using "kitchen knife" to "symbolise her cutting through male-dominated society" (via).


"Höch was one of several women associated with Dada, besides artist Sophie Täuber and performer/poet Emmy Hennings, but she was not given a nickname or included in all of the Berlin group’s activities. The significance of her position in Dada, and in Germany, is highlighted: having worked in the industry, Höch often used images from fashion magazines, pasting male heads on to female bodies or vice versa. Her critique of traditional gender roles and how they upheld a conservative society is often subtle, especially when compared to post-war feminist art, but is most effective when making explicit the role of violence in maintaining them: The Father (1920) is particularly jarring, placing a composite of male authority heads onto a woman’s body in a white dress, her feet in stilettos, with a boxer punching the baby in her arms."

The mid-1920s idea of  the "New Woman" - a product of women getting the vote - was one Höch very much engaged in. This idea was based on gender equality, nevertheless, many of the modern working women with bobbed hair remained in low-status work with unequal pay. Once married, women were not allowed to jobs able-bodied veterans could take.


"Within her circles, Höch was the New Woman, sharing both her style and her frustrations, and her background made her acutely aware of how this figure was a media creation and an advertising target. Portrait of Hannah Höch (1926) and another from 1929 show her looking like the New Woman, with her short hair and androgynous dress, but far from satisfied, let alone liberated." (via) 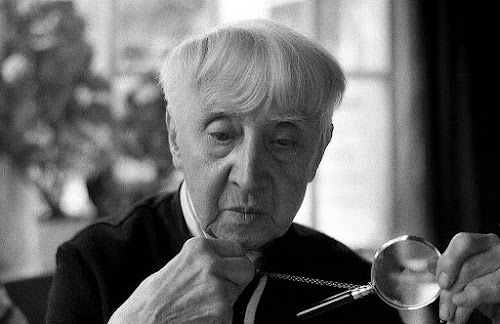 In the 1930s, Höch was labelled a "cultural Bolshevist" by the Nazis (via), her art branded as "degenerate" (via).


"Höch died in 1978, her place in 20th‑century art history almost, but not quite assured. Postwar histories of dadaism tended to patronise at best; she does not appear at all in Robert Motherwell's 1951 Dada Painters and Poets, and Hans Richter, in 1965, called her "a good girl" with a "slightly nun-like grace". But gradually she snuck into the canon – she was part of the major Dada, Surrealism and their Heritage exhibition at the Museum of Modern Art in 1968 – and scholars and curators have since belatedly recognised that she was both a key dadaist and considerably more: a true pioneer of photomontage and a complex, funny critic of mainstream and art-world misogyny alike."
Brian Dillon 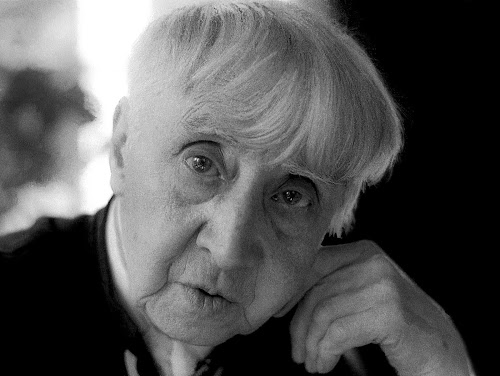 - Hemus, R. (2008). Why Have There Been No Great Women Dadaists? In Kokoli, A. M. (ed.) Feminism Reframed. Reflections on Art and Difference, Newcastle: Cambridge Scholars Publishing, 41-60
- photographs via and via (1975, by Stefan Moses) and via (1974, by Dietmar Bührer) and via
Posted by M. Laura Moazedi