Lilian Evelyn Moller Gilbreth (1878-1972), the "mother of modern management", studied literature at the University of California at Berkeley to become a teacher although her father was not convinced higher education was a good idea for women. At Berkeley, she became the first woman to give a commencement speech. She planned to continue her studies at Columbia University in New York with Brander Matthews who was a famed critic. Matthews, however, did not allow women to attend his lectures. Edward Lee Thorndike did and Lilian studied psychology with him; she completed her M.A. in literature. 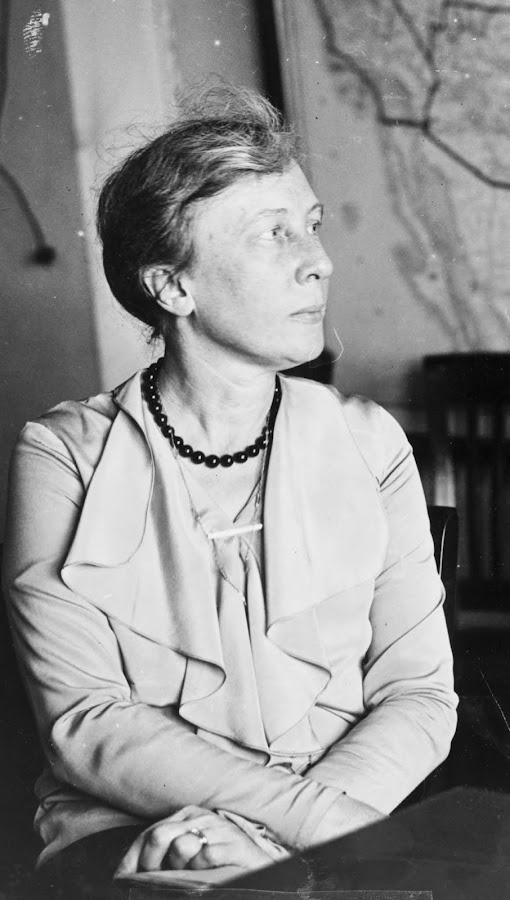 After one year of studying for her Ph.D., Lilian went on a summer trip to Europe where she met Frank Gilbreth, her future husband. As her husband was interested in workplace efficiency and encouraging, Lilian changed her major from English to psychology and got her doctorate from Brown University. Her dissertation focused on psychological aspects of industrial management, i.e. job satisfaction, the role of human relations, individual differences, and incentives at the workplace. Lilian became a pioneer of organisational psychology, the first female member of the Society of Industrial Engineers, the first female psychologist with a U.S. postage stamp issued in her honour, and the first woman to receive the Hoover Medal for distinguished public service (via and via).


"Over seventeen years, the couple would have twelve children, two of whom co-authored the books Cheaper by the Dozen and Belles on Their Toes, which chronicled life in the busy Gilbreth household and were subsequently made into movies. Lillian and Frank were true partners both at home and in business, applying their scientific management principles to the running of their household and the businesses to whom they consulted after Frank sold his construction company. They wrote several books together, however, Lillian was never named co-author because the publishers were concerned about the credibility of the books should it be known that a woman was one of the authors - despite the fact that Lillian had a doctorate and Frank had not attended university. Nonetheless, Lillian developed a reputation in her own right as a major player in the field of industrial management."
Held, 2010