“Ian” is a short, animated film inspired by the real-life Ian, a boy with a disability determined to get to the playground despite his playmates bullying him. This film sets out to show that children with disabilities can and should be included. 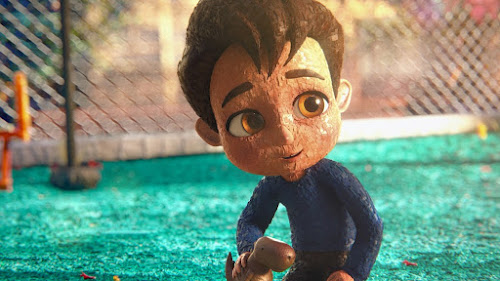 “Ian” started as a mother’s mission to educate her son’s bullies on the playground—one to one. When she realized that the need for inclusion was bigger than one playground, she wrote a book and founded Fundación ian to change thousands of minds and attitudes about people with disabilities. She approached MundoLoco, a top digital animation studio in Latin America, about creating “Ian,” an animated film to deliver the message of inclusion to audiences all over the world. The real Ian is a fourth grader who, like most fourth graders, wants to play with his friends. But because some kids are not used to someone like Ian—someone who has cerebral palsy, uses a wheelchair, and a computer that works with his eye movements to communicate—they bully him and don’t include him when they play. “The film is an opportunity for all society…to break down barriers, walls, and free us from prejudices,” Graschinsky said. The film was crafted to “guide [all children] to acquire concrete tools to be people of solidarity.”
respect ability

Email ThisBlogThis!Share to TwitterShare to FacebookShare to Pinterest
Labels: disability