The World of Yesterday: Memories of a European, by Stefan Zweig

"Completed less than a year before Zweig killed himself, “The World of Yesterday” is less an autobiography- he mentions his two marriages only in passing - than a manifesto about his era. He portrays himself as an idealist, devoted to the cause of international brotherhood, even as Europe collapses around him."
Leo Carey, The New Yorker 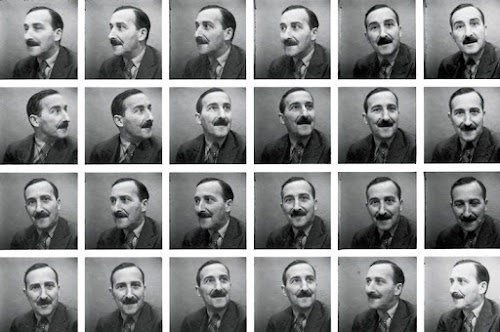 “For I have indeed been torn from all my roots, even from the earth that nourished them, more entirely than most in our times. I was born in 1881 in the great and mighty empire of the Habsburg Monarchy, but you would look for it in vain on the map today; it has vanished without trace. I grew up in Vienna, an international metropolis for two thousand years, and had to steal away from it like a thief in the night before it was demoted to the status of a provincial German town. My literary work, in the language in which I wrote it, has been burnt to ashes in the country where my books made millions of readers their friends. So I belong nowhere now, I am a stranger or at the most a guest everywhere. Even the true home of my heart’s desire, Europe, is lost to me after twice tearing itself suicidally to pieces in fratricidal wars. Against my will, I have witnessed the most terrible defeat of reason and the most savage triumph of brutality in the chronicles of time. Never - and I say so not with pride but with shame - has a generation fallen from such intellectual heights as ours to such moral depths.”

“Nationalism emerged to agitate the world only after the war, and the first visible phenomenon which this intellectual epidemic of our century brought about was xenophobia; morbid dislike of the foreigner, or at least fear of the foreigner. The world was on the defensive against strangers, everywhere they got short shrift. The humiliations which once had been devised with criminals alone in mind now were imposed upon the traveler, before and during every journey. There had to be photographs from right and left, in profile and full face, one’s hair had to be cropped sufficiently to make the ears visible; fingerprints were taken, at first only the thumb but later all ten fingers; furthermore, certificates of health, of vaccination, police certificates of good standing, had to be shown; letters of recommendation were required, invitations to visit a country had to be procured; they asked for the addresses of relatives, for moral and financial guarantees, questionnaires, and forms in triplicate and quadruplicate needed to be filled out.”

“It is generally accepted that getting rich is the only and typical goal of the Jew. Nothing could be further from the truth. Riches are to him merely a stepping stone, a means to the true end, and in no sense the real goal. The real determination of the Jew is to rise to a higher cultural plane in the intellectual world.”

“In 1938, after Austria, our universe had become accustomed to inhumanity, to lawlessness, and brutality as never in centuries before. In a former day the occurrences in unhappy Vienna alone would have been sufficient to cause international proscription, but in 1938 the world conscience was silent or merely muttered surlily before it forgot and forgave.”

“The Nazis no longer resorted to hypocritical pretexts about the urgency of opposing and eliminating Marxism. They did not just rob and steal, they gave free rein to every kind of private vengeful instinct. University professors were forced to scrub the streets with their bare hands; devout, white-bearded Jews were hauled into the synagogues by young men bawling with glee, and made to perform knee-bends while shouting “Heil Hitler!” in chorus. They rounded up innocent citizens in the streets like rabbits and dragged them away to sweep the steps of the SA barracks. All the sick, perverted fantasies they had thought up over many nights of sadistic imaginings were now put into practice in broad daylight. They broke into apartments and tore the jewels out of the ears of trembling women—it was the kind of thing that might have happened when cities were plundered hundreds of years ago in medieval wars, but the shameless pleasure they took in the public infliction of pain, psychological torture and all the refinements of humiliation was something new. All this has been described not by one victim but by thousands, and a more peaceful age, not morally exhausted like our own, will shudder some day to read what horrors were inflicted on that cultured city in the twentieth century by a single half-deranged man. For in the midst of his military and political victories, that was Hitler’s most diabolical triumph - one man succeeded in deadening every idea of what is just and right by the constant attrition of excess.”
Stefan Zweig