International Day against Homophobia and Transphobia

The day "was created in 2004 to draw the attention of policymakers, opinion leaders, social movements, the public and the media to the violence and discrimination experienced by LGBTI people internationally. Since then the Day has grown in both scope and depth. In 2013, actions around the International Day Against Homophobia & Transphobia took place in almost 120 countries. In the United Kingdom alone in 2013, almost 200 events took place around the Day (...). The date of May 17th was specifically chosen to commemorate the World Health Organization’s decision in 1990 to declassify homosexuality as a mental disorder. The International Day against Homophobia and Transphobia has received official recognition from several States and such international institutions as the European Parliament, and by countless local authorities. Most United Nations agencies also mark the Day with specific events." (literally via) 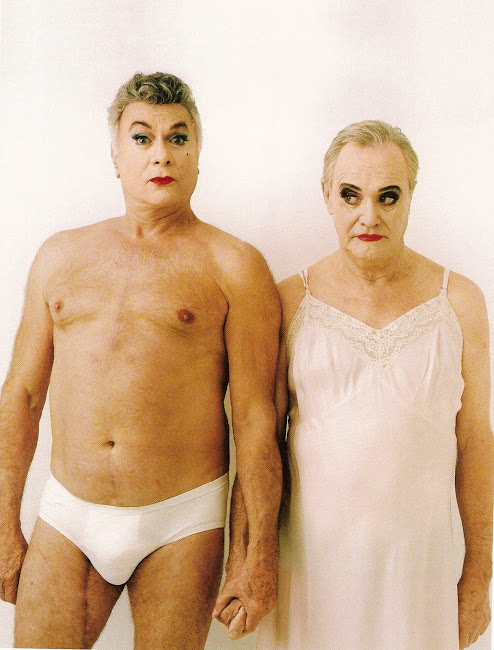 When the Austrian bearded drag queen Conchita Wurst - attacked by transphobic and homophobic slurs for weeks (via) - won the Eurovision Song Contest in 2014, she said she felt that Europe had taken a stand by voting her for winner. With 290 points, she was a clear winner. Wurst: "I dream of a world where we don't have to talk about unnecessary things like sexuality, who you love. I felt like tonight Europe showed that we are a community of respect and tolerance." (via)
"The beard is a statement to say that you can achieve anything, no matter who you are or how you look." (via). While some people reacted with "shaving selfies" because they were afraid beards had become "unmanly" (via) others painted beards to show their support. Cher and Elton John sent messages of support (via), Cardinal Schönborn (Archbishop of Vienna) expressed his happiness about Conchita winning and pointed out that there is "colourful diversity in God's colourful garden" and that "each individual deserves respect" (via).

"Human rights are universal, indivisible and interdependent - when one right is violated, all others become vulnerable."
Excerpt from the (beautiful) message from Irina Bokova, Director-General of UNESCO, on the occasion of the International Day against Homophobia and Transphobia (2014)

"(...) we recommit ourselves to the fundamental belief that all people should be treated equally, that they should have the opportunity to reach their fullest potential, and that no one should face violence or discrimination -- no matter who they are or whom they love. (...) we call on partners everywhere to join us in defending the equal rights of our LGBT brothers and sisters, and in ensuring they are treated with the dignity and respect they deserve."
Excerpt from Barack Obama's statement on the occasion of the International Day against Homophobia and Transphobia (2014)