Septima Poinsette Clark was born on 3rd of May 1898 in Charleston, South Carolina. Her father was a former slave, her mother a free woman. Clark was an educator and civil rights activist - working as a teacher she experienced firsthand "an oppressive system as well as possible solutions to problems of inequality, illiteracy, and poverty", i.e. inadquate schoolhouses, short school terms, overcrowded classrooms, lack of transportation for students and low wages for teachers (via). Although qualifying as a teacher, she was not hired to teach in public schools due to her skin tone. Charleston did not hire black Americans to teach in its public schools and Clark joined the NAACP (National Association for the Advancement of Colored People) to get the city hire black US-Americans (via). 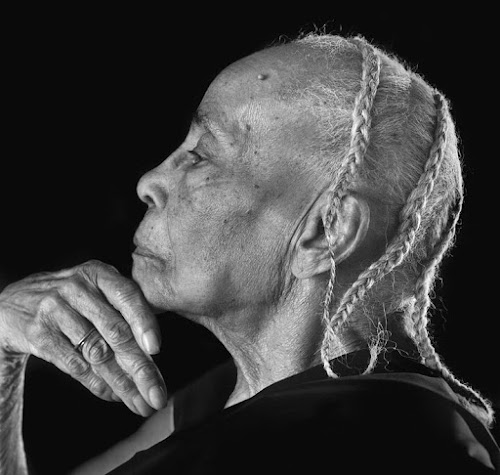 "For the school year of 1915–1916, the value of schoolhouses in South Carolina for whites was more than $5 million compared to a little over $600,000 for blacks. The average expenditure according to enrollment was $17.02 per white child and $1.90 per black child (1916 State Superintendent Report, pp. 140, 146). Out of 1,176 school buildings for African Americans, most were made of logs and only two were brick buildings; 778 were in churches or lodge halls. In 1916, Clark received $35 per month as principal and teacher and her associate received $25 for teaching a class of more than sixty students each. In comparison, white teachers taught classes with no more than eighteen students. One teacher taught only three students. They were paid $85 per month." (via)

Septima Poinsette Clark was an advocate for a teachers' salary equalisation campaign in the 1920s, worked with civil rights lawyers and fought for equal pay until in 1945, Federal District Judge J. Waties Waring of South Carolina ruled that black teachers with equal education should receive equal pay. Clark taught skills necessary for true citizenship, focused on citizenship training, voting, and literacy, and established, for instance, a programme to educate illiterate soldiers.
Forty years after her first teaching assignment, in 1956, the South Carolina legislature passed a law stating that city and state employees were not allowed to affiliate themselves with civil rights organisations. Clark refused to leave the NAACP, was fired at 58 years of age and lost her state retirement benefits which she finally received in 1976 - after two decades of fighting for them (via). In 1979, Jimmy Carter honoured her with a Living Legacy Award, in 1982, she received South Carolina's highest civilian honour, the Order of the Palmetto. After a life spent on helping many people to "take control of their lives and discover their full rights as citizens", she passed away aged 89 on 15th of December 1987 (via).


"In teaching [the poor and underprivileged] and thereby helping them raise themselves to a better status in life, I felt then that I would [also] be serving my state and nation, too, all of the people, affluent and poor, white and black. For in my later years I am more convinced than ever that in lifting the lowly we lift likewise the entire citizenship". Septima Poinsette Clark 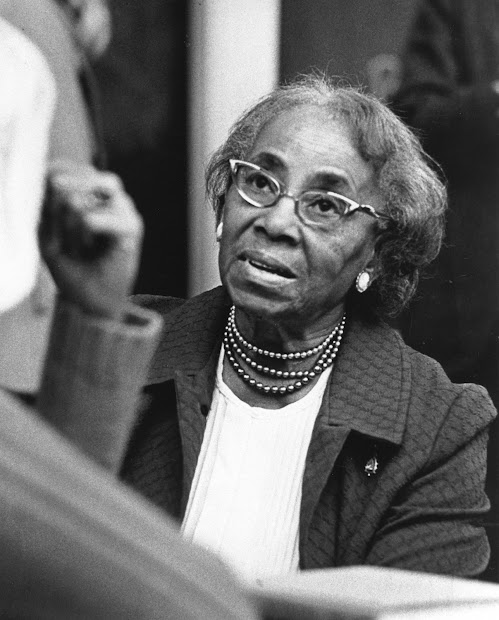