"With humanity still scarred by genocide, ethnic cleansing, racism, antisemitism and xenophobia, the international community shares a solemn responsibility to fight those evils. Together we must uphold the terrible truth of the Holocaust against those who deny it. We must strengthen the moral commitment of our peoples, and the political commitment of our governments, to ensure that future generations can understand the causes of the Holocaust and reflect upon its consequences."
IHRA 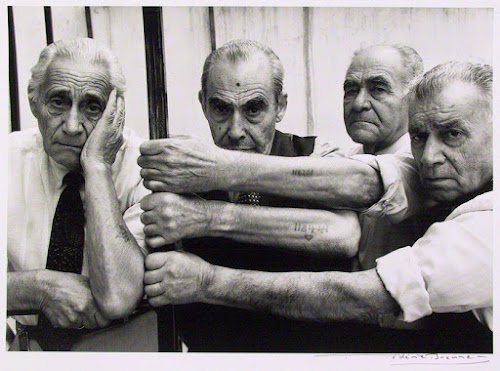 The United Nations designated 27 January as International Holocaust Remembrance Day. On 27 January 1945, the Soviet Army liberated Auschwitz, "the infamous Nazi German death camp that has come to symbolize the demonic depths to which the Third Reich descended in the 'industrialization' of genocide." (via)