Men are more likely to abuse LSD; higher drug use rates are found among males across all ages. According to a study carried out in the U.S. in 2010, the rate of lifetime psychodelic drug abuse was 22% among males and 12% among females. One reason mentioned in literature is that economic downturns and the associated feelings of hopelessness and frustration may lead to increases in substance abuse with men trying to find a way to escape after losing or leaving a job (via). For short-term and long-term effects see e.g. HERE. 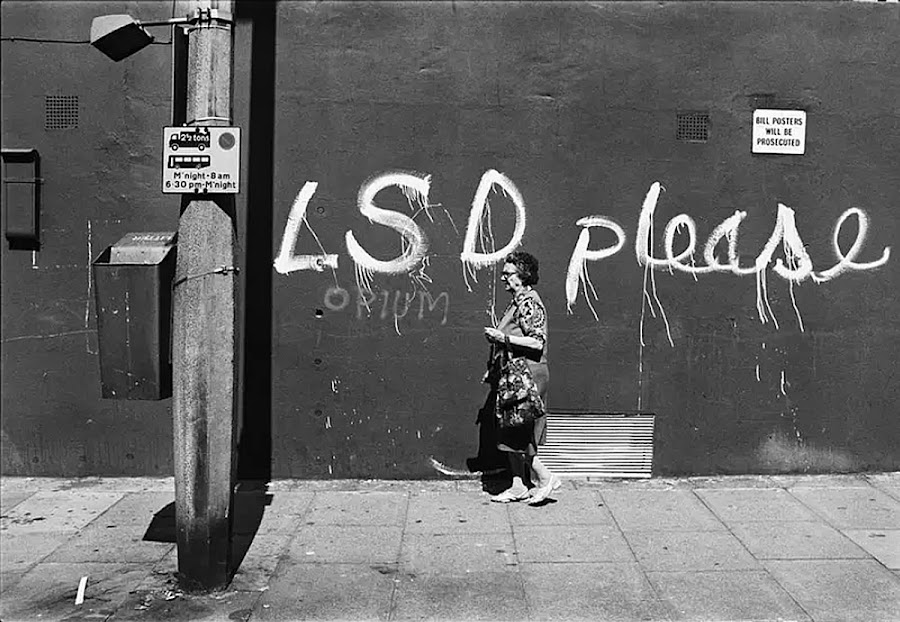 photograph by Gil Rigoulet via
Posted by M. Laura Moazedi