"She loved everything, from pop to country and, of course, hip-hop. With her dedication to social activism and how she illuminated the struggles and injustices of the urban experience through prose, there's a direct correlation to hip-hop today." "She was really excited about her street-wise commentary being presented in this way."
Colin Johnson, Maya Angelou's grandson 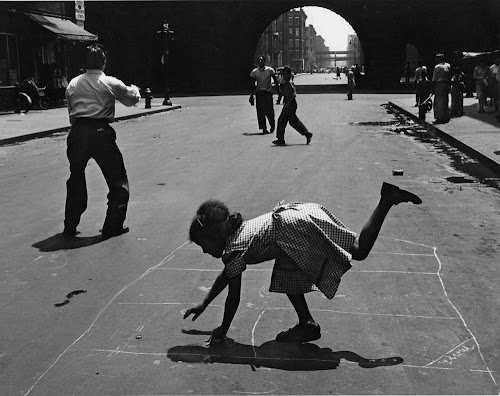 One foot down, then hop! It's hot.
Good things for the ones that's got.
Another jump, now to the left.
Everybody for hisself.

In the air, now both feet down.
Since you black, don't stick around.
Food is gone, rent is due,
Curse and cry and then jump two.

All the peoples out of work,
Hold for three, now twist and jerk.
Cross the line, they count you out.
That's what hopping's all about.

Both feet flat, the game is done.
They think I lost, I think I won. 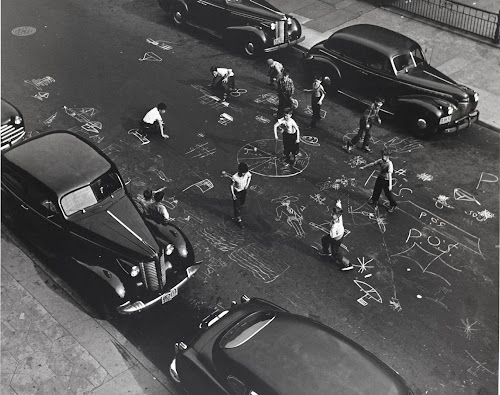 In 1969, the storyteller, poet, dancer, singer, autobiographer and civil rights activist with more than 50 honorary doctorate degrees Maya Angelou (1928-2014) published her poem "Harlem Hopscotch" (via). Hopscotch is driven by rhythm; the "twists and jerks" are a metaphor about the difficulties faced by black US-Americans (via). Before she passed away in May 2014, she worked on a project that blended her poetry with hip-hop music. Maya Angelou recited her poems, producers Shawn Rivera and RoccStarr focused on beats and instrumentals, Tabitha and Napoleon Dumo on choreography. The music video shows dancers in N.Y. and L.A. (via). 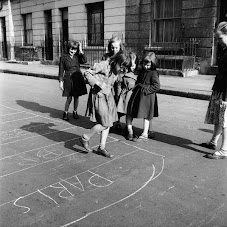 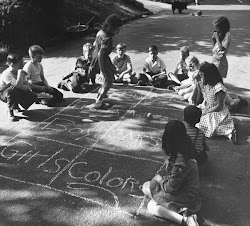 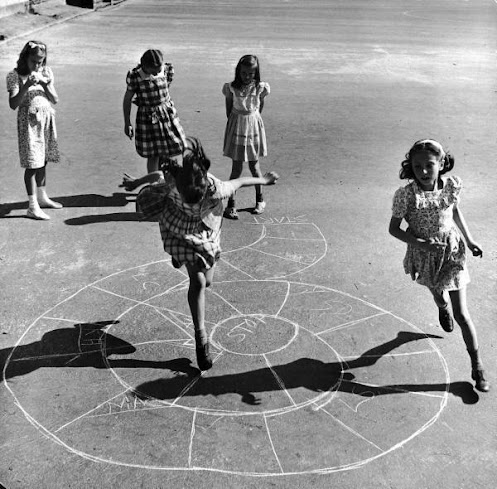 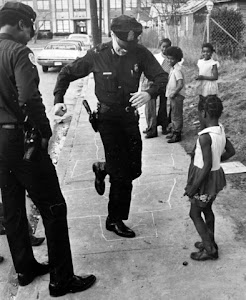 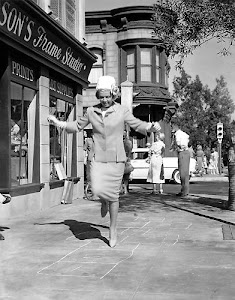 "When you read the poems on the page, they can be interpreted rhythmically by the reader." "But when Dr. Angelou reads them, there's no doubt that she was coming from the place of rhythm. ... You can tell the rhythms were implied already. She already was the first lady of hip-hop."
Shawn Rivera 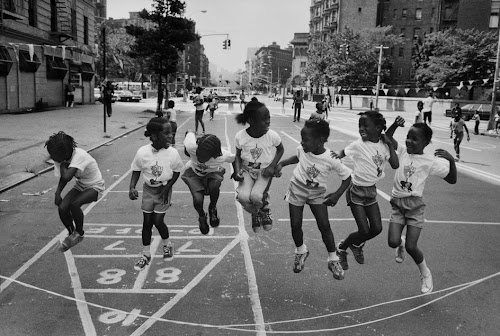