"Because he believed in the principles of decency and justice, and the equality of men under God, Lee Lorch and his family have been hounded through four states from the North to the South like refugees in displaced camps. And in the process of punishing Lee Lorch for his views, three proud institutions of learning have been made to grovel in the dust and bow the knee to bigotry."
Ethel Payne 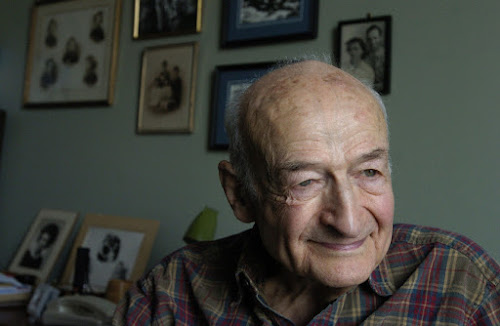 Lee Lorch (1915-2014) was a mathematician and civil rights activist. He obtained his PhD in mathematics from the University in Cincinnati in 1941.
After World War II, Lorch started teaching at the City College of New York "but was soon fired because of his civil rights work on behalf of African-Americans." Shortly after taking up his job at the City College of New York, he moved into Stuyvesant Town, a private residential development on the east side of Manhattan, owned by the Metropolitan Life Insurance. Blacks were barred from living there as, according to the president of Metropolitan Life, "negroes and whites do not mix" and apart from that "it would be to the detriment of the city, too, because it would depress all surrounding property." Lee Lorch had all the credentials to move in, i.e., a "steady job, college, teacher and all that. And, not black." The lawsuit against Metropolitan that had been brought in by several people and organisations in 1947 had failed in the state courts as the insurance company was free to select tenants based on absurd criteria. Lorch was aware of the discrimination other faced and became a vice-chair of the tenants' committe that was founded to eliminate the housing discrimination. He also invited a black family (art student Hardine and Raphael Hendrix and their 6-year-old son Hardine Jr.) to live in his own flat where he was living with his wife (a longtime activist herself) and his young daughter.


"The Stuyvesant Town tenants committee, with 1,800 members, was made up of the families of veterans who believed that after fighting a war for justice overseas, they could not ignore injustice at home. "The courage and sharpshooting of a Negro machine gunner saved my life with a dozen other white G.I.'s (...). Can any one of us say he can't be my neighbor? I can't." Surveys of residents conducted by the tenants committee showed that two-thirds of Stuyvesant Town's 25,000 tenants opposed MetLife's exclusionary policy."  (Fox, 2010)

"I had become very aware of racism through the war; not just anti-Semitism, but the way the American army treated black soldiers. On the troop transport overseas, it was always the black company on board that had to clean the ship and do the dirty work, and I felt very uncomfortable with that." Lee Lorch, 2007

Metropolitan Life refused to accept the Lorches' rent check and started searching for ways to get them out. But Lorch had decided not to go quietly, that he would resist and that they had to throw him out by force.


"Nineteen of the families decided to fight to keep their apartments. (...) The city marshal ordered the targeted tenants to be out of their apartments by 9 o'clock on the morning of Jan. 17, 1952, and hired a moving company to drag their furniture onto the street. In response, the families barricaded their doors. They sent their children to stay with relatives and passed baskets of food from window to window with ropes."  (Fox, 2010)

In 1950, Metropolitan Life admitted three token black families but did not change its tenant housing policy. In 1959, only 47 black tenants lived in Stuyvesant Town. 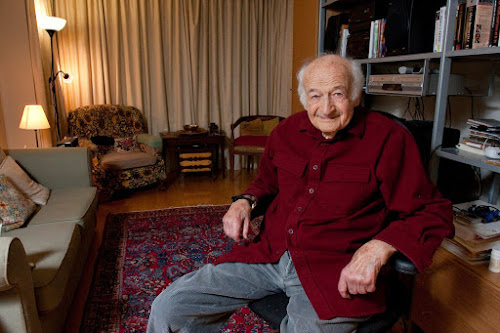 Lorch did not pay the price for his activism only once. In 1949, he was forced to leave City College since he was "unquestionably a fine scholar and a promising teacher" but "an irritant and a potential troublemaker". The N.A.A.C.P. protested the decision ... but Lorch had to leave.
Lorch started teaching at Pennsylvania State University. When he arrived at the campus, he was immediately taken to the university's acting president whom he had to explain what had happened at Stuyvesant Town as the university had received phone calls from wealthy alumni who wanted to know why Lorch had been hired. He was denied reappointment because he had accommodated a black family which was "extreme, illegal and immoral, and damaging to the public relations of the college." Students, the American Association of University Professors, the American Mathematical Society, The New York Times, The Daily Worker, and Albert Einstein protested ... but Lorch had to leave.
In 1950, Lorch became one of two white professors at historically black Fisk University. He continued his activism, tried to enroll his daughter in an all-black school, refused to answer questions before the House Un-American Activities Committee ... in 1955, Lorch had to leave Fisk University.
When the Little Rock Nine enrolled in Little Rock Central High School in 1957, Lee Lorch - at that time an official with the Arkansas chapter of the N.A.A.C.P. and chair of the Mathematics Department at Philander Smith College in Little Rock - was working behind the scenes and accompanying the students to school and tutoring them. He was told his best contribution would be to terminate his affiliation with the Little Rock Branch of the N.A.A.C.P. Whites abused him for his desegregation activism, blacks kept their distance because of the "un-American" stance he was accused of. After threats and the school's funding at risk, Lorch resigned.
By 1959 it was official that no US-American college would have him, Lorch was blacklisted. The family moved to Canada where he taught at the University of Alberta and then at York University until he retired.
In 2010, Lee Lorch was asked if he would do anything differently. His reply: "More and better of the same."


"It's hard to imagine now, but there was no civil rights legislation back then. You could be fired without explanation. But how could you do anything else, in all good conscience?" Lee Lorch

Decades later, several colleges - among them two that had fired him - and associations gave Lee Lorch honorary degrees and other awards (via and via).