"Star Trek: Voyager", the fifth incarnation of Star Trek was produced from 1995 to 2001 (via). When it premiered in 1995 with female Captain Kathryn Janeway and black Vulcan Tuvok (played by Tim Russ), a sexist and racist discourse started. As Russ points out "it's part of the fabric of this country" but at the same time it "seems counter to the typical Trek fan who tend to be above all that." (via) 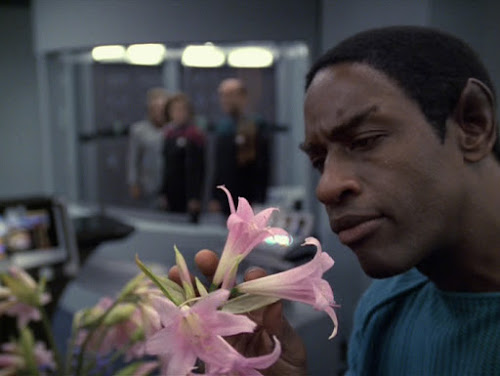 For others, Tuvok was an inspiration. In an interview, Clayton Woullard, for instance, thanks Tim Russ:

"I’m black, and growing up, Tuvok was such a role model for me — to see a strong, black character, keeping it together and saving people, and having adventures, so thanks."

"There you go. You’re firsthand feeling the impact of what I’ve done on a show, you’re a perfect example of the impact this character has had on people. When I’m doing it, I don’t think about that until later on after the fact. But yes, true to Rodenberry’s creation, he always strived to portray the future as it would make sense to portray it: so that you have a female captain, you have minorities on the bridge as bridge officers, in powerful, strong dramatic roles…and those are still not as common, I think. So it’s very cool to have the opportunity to be part of that legacy. It’s his vision." (via) 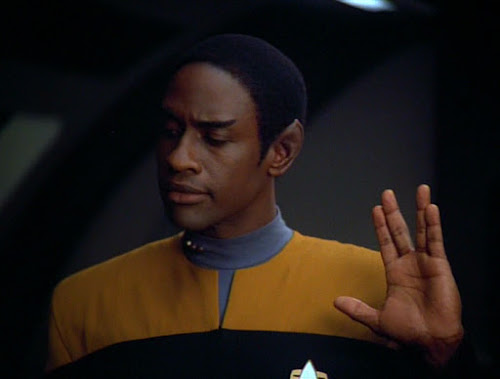 images via and via
Posted by M. Laura Moazedi