The Role of the Behavioral Scientist in the Civil Rights Movement, by Martin Luther King, Jr. (1967)

"On 1 September 1967, the Nobel Prize-winning civil rights leader Martin Luther King Jr. delivered a speech entitled 'The role of the behavioral scientist in the civil rights movement' to the American Psychological Association (APA, 1999; King, 1968). With eloquence and passion, Martin Luther King championed the civil rights struggle and spoke to the interests of his audience. He stressed how behavioural scientists could and should support the civil rights movement. King's eloquent and passionate speech is still relevant today - explaining how psychologists and other mental health professionals could help address today's pressing social issues."
Kinderman 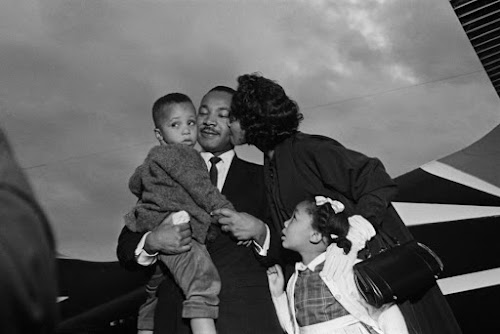 (...) In the preface to their book, 'Applied Sociology' (1965), S. M. Miller and Alvin Gouldner state: 'It is the historic mission of the social sciences to enable mankind to take possession of society.' It follows that for Negroes who substantially are excluded from society this science is needed even more desperately than for any other group in the population.
For social scientists, the opportunity to serve in a life-giving purpose is a humanist challenge of rare distinction. Negroes too are eager for a rendezvous with truth and discovery. We are aware that social scientists, unlike some of their colleagues in the physical sciences, have been spared the grim feelings of guilt that attended the invention of nuclear weapons of destruction. Social scientists, in the main, are fortunate to be able to extirpate evil, not to invent it.
If the Negro needs social sciences for direction and for self-understanding, the white society is in even more urgent need. White America needs to understand that it is poisoned to its soul by racism and the understanding needs to be carefully documented and consequently more difficult to reject. The present crisis arises because although it is historically imperative that our society take the next step to equality, we find ourselves psychologically and socially imprisoned. All too many white Americans are horrified not with conditions of Negro life but with the product of these conditions-the Negro himself.

(...) Now there are many roles for social scientists in meeting these problems. Kenneth Clark has said that Negroes are moved by a suicide instinct in riots and Negroes know there is a tragic truth in this observation. Social scientists should also disclose the suicide instinct that governs the administration and Congress in their total failure to respond constructively. What other areas are there for social scientists to assist the civil rights movement? There are many, but I would like to suggest three because they have an urgent quality.
Social science may be able to search out some answers to the problem of Negro leadership. E. Franklin Frazier, in his profound work, Black Bourgeoisie, laid painfully bare the tendency of the upwardly mobile Negro to separate from his community, divorce himself from responsibility to it, while failing to gain acceptance in the white community. There has been significant improvements from the days Frazier researched, but anyone knowledgeable about Negro life knows its middle class is not yet bearing its weight. Every riot has carried strong overtone of hostility of lower class Negroes toward the affluent Negro and vice versa. No contemporary study of scientific depth has totally studied this problem. Social science should be able to suggest mechanisms to create a wholesome black unity and a sense of peoplehood while the process of integration proceeds.
As one example of this gap in research, there are no studies, to my knowledge, to explain adequately the absence of Negro trade union leadership. Eight-five percent of Negroes are working people. Some two million are in trade unions but in 50 years we have produced only one national leader-A. Philip Randolph.
Discrimination explains a great deal, but not everything. The picture is so dark even a few rays of light may signal a useful direction. 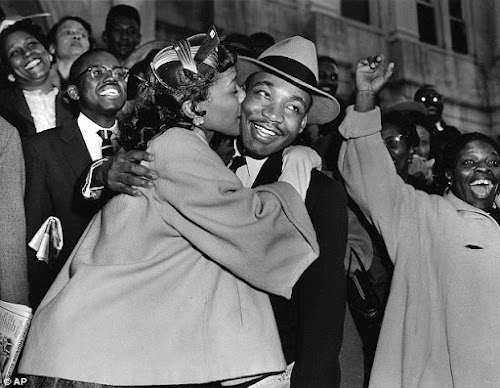