"They are not demographics, they are people."

Keith Kahn-Harris, a sociologist teaching Jewish studies, noticed the lack of diversity when it comes to representing British Jews. In fact, a great many articles were illustrated with the same Getty Images photograph, i.e., haredi Orthodox men seen from behind. Kahn-Harris tracked down the photographer - Robert Stothard - to learn about its background. The image, that had become the so-called go-to photograph for all sorts of stories about the Jewish community, or communities, had originally been taken to illustrate an article on police presence in London's Jewish neighbourhoods. In 2019, Kahn-Harris and Stothard started working on a new series of photographs of British Jews, a series that would no longer misrepresent their diversity. The photobook "What does a Jew Look Like" was published in 2022, including narratives written by the persons themselves (via). 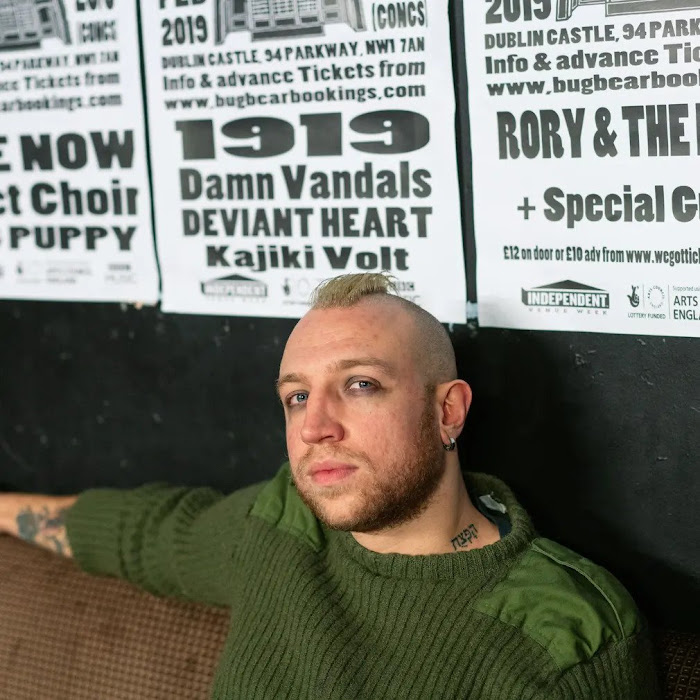 Above: "There were few reminders of our heritage in our day-to-day lives bar the Chanukah cards we opened alongside our Christmas ones. Adolescence changed that, though. Keen for us to learn our history, our mother took us, at 12 and 13, to Auschwitz during the school holidays... I lit a menorah at home for the first time this year, despite still being irreligious, and was moved significantly by the experience. After all, a lack of faith made no difference to the Gestapo or the KGB​." Rio, Leeds (via)

Getty Images commissioned me to do a set of images depicting increased police presence on the streets in the wake of the 2015 Islamist terrorist attacks in Paris. There were fears of copycat attacks in Britain,” explains Stothard. “So when I took the photos they were news pics. But since then, one image in particular has been clumsily repurposed, become a decontextualised and ubiquitous stock image. It has even been used to illustrate a story about campus antisemitism. It made me very uncomfortable. Robert Stothard 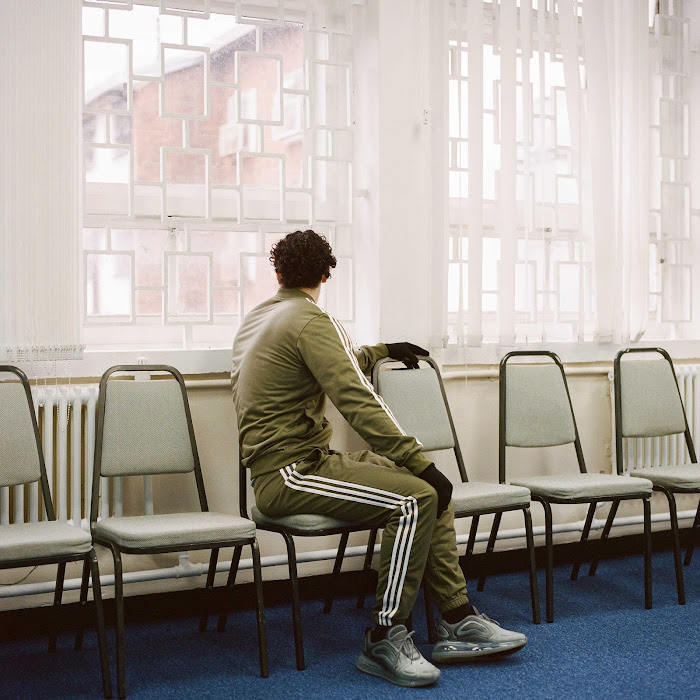 There are only about 300,000 Jews in Britain so it’s quite easy to live here and never meet a real, live one. The way we are portrayed in the media, in public, is important, it’s how impressions are formed. So the aim of the book is simple – we want non-Jews, and even some Jews, to understand that there is no such thing as the generic Jew. Keith Kahn-Harris 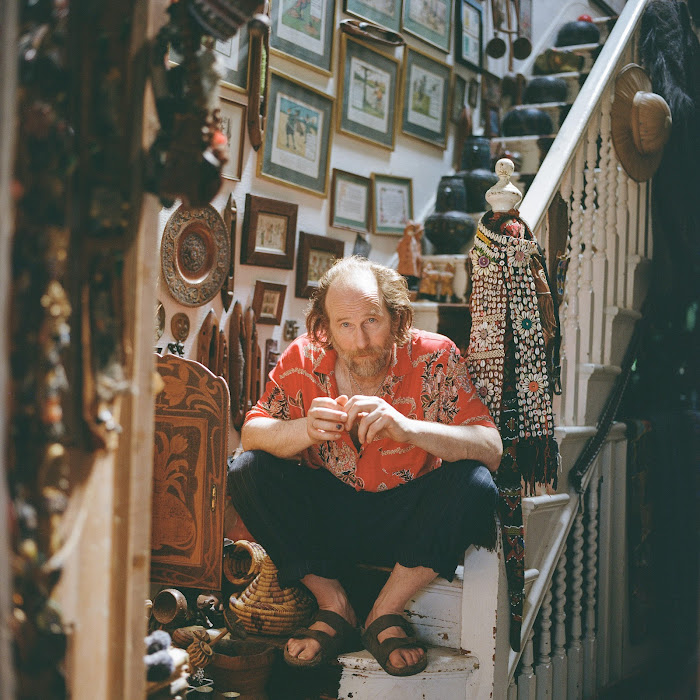 Above: "When the Prodigy’s sound system broke down mid-set at Glastonbury back in 1997, I was asked to go on stage and keep the frustrated crowd at bay while they tried to fix it. I didn’t have any jokes and was getting bottles thrown at me, so I decided to sing Hava Nagila to 90,000 people and thankfully it worked a treat. That song really saved my arse that night​." Paul, north London (via) 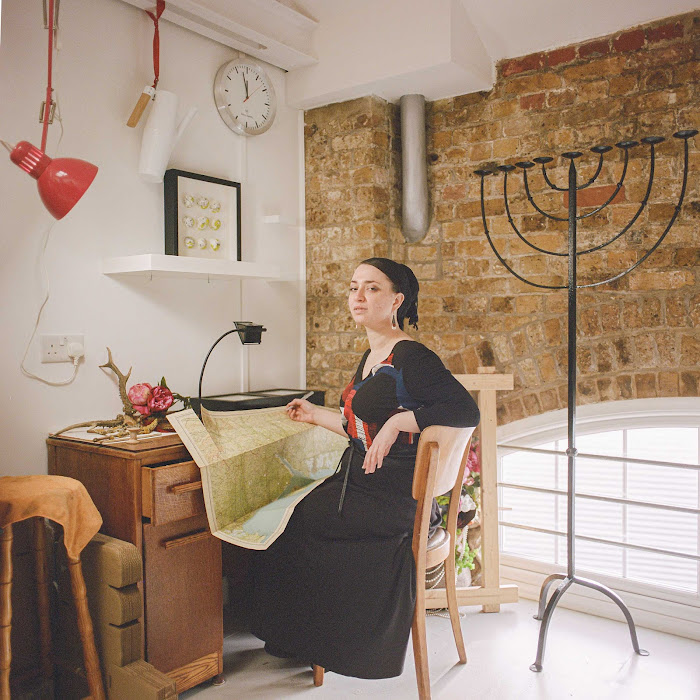 Above: "am a practicing artist – concentrating on drawing and installation, my work explores themes of identity, memory, sexual violence, and the body. Largely autobiographical, I use biological materials such as broken eggshells and living matter – plants, insects, fungus – as media, either drawing directly onto them or using them to transform objects and spaces. I was brought up with a very strong religious and cultural identity, but in a non-traditional household. Our family was part of the radical feminist movement; I was conceived through donor insemination and the household was very much part of that ‘80s leftist Stoke Newington scene. There was always a degree of balancing political and personal ideology with religious practice. To make keeping kosher dietary laws easier, we were vegetarian. I went to a Jewish primary school. We’d go on Friday to Ridley Road market to buy challah, and we lit candles and had traditional Friday night dinner to welcome in Shabbat, when I wasn’t allowed to turn on the TV or touch anything electric. As I got older and my mum left the more radical circles, we became more traditionally observant and moved to a more Jewish area of London. I studied in seminary for two years pre-university and got married whilst a student to my long-term boyfriend. As an adult, I have moved back to East London and now live with my husband in Bow. I have a studio in Woolwich where I work and can plan projects. I lived in Edgware for many years but felt stifled and constrained by the atmosphere there – the main thing I miss about it is the excellent foraging in the local woodlands! Living away from the North West London Jewish bubble allows me more freedom to be religious and observant but also to lead a more unconventional life without the scrutiny or pressure of a curious and conservative community. I do not currently want children so many of the tropes of religious married life do not fit my own. I can cover my hair, keep kosher, go to shul, go to the mikvah and fulfil mitzvot without having to live in a row of houses all of which have mezuzot." Tilla, east London (via) 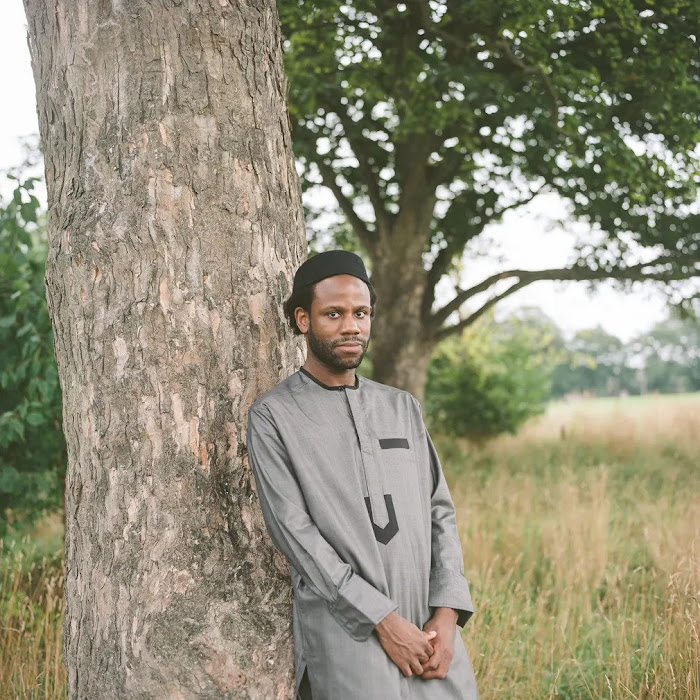 Above: "The photo was taken in Norfolk Heritage Park, Sheffield. That’s the place I usually walk on Shabbat. I’ve had a relationship with trees since I was a child. I’ve lived in Sheffield for over four years now, after moving from London, where I was born and raised. I came to Sheffield to get away from the London anxiety! I’m a member of the Seven Hills Synagogue. It’s small, maybe 100 people, so it’s a very tight-knit and friendly community. We don’t have our own building, so we meet in a community centre every other week. I’m part of a sub-group here where we build up diversity and inclusivity within the Jewish community, trying to engage with our members to talk about the presence of Disabled Jews, Black Jews, Jews of Colour and Queer Jews. It’s a way to help them adapt within those spaces through social activities and promote an accepting diversity of Jews everywhere. My parents are Nigerian Igbos. They moved to the UK in the 80s but divorced in the early 2000s. Though my Mum is Christian, some reputable anthropologists believe in the theory that Igbos have Hebrew Israelite origins. Ironically, I first heard about Judaism through my childhood learning difficulties when I was seven years old. I went to a secular school in the Jewish Haredi neighbourhood of Stamford Hill. I had a teaching assistant who was a secular Jew, and I asked her questions whenever we went to the library nearby. For example, once I asked, ‘Why are these people dressed like that?’ She told me there are strictly practising Jews and explained the different movements of Judaism. I embraced Judaism in the early 2010s as I love the idea of tikkun olam, being spiritually conscious, doing tzedakah, and celebrating my ancestors contribution to the Torah. I want to build consciousness of overseas Afro-Caribbean Jewish communities in the UK to advocate for their recognition within Jewish Education. There are other Black Jews with Afro-Caribbean heritage in cities like London, Birmingham and Manchester. The problematic issue in Jewish spaces is explaining the connections between African ethnic groups and the biblical tribe of Israel; people get confused, and I constantly have to explain. Not only ethnic groups such as the Igbo, the Akan, the Lemba, and the Abayudaya — but other African Jewish communities make the same claim." Kenneth, Sheffield (via) 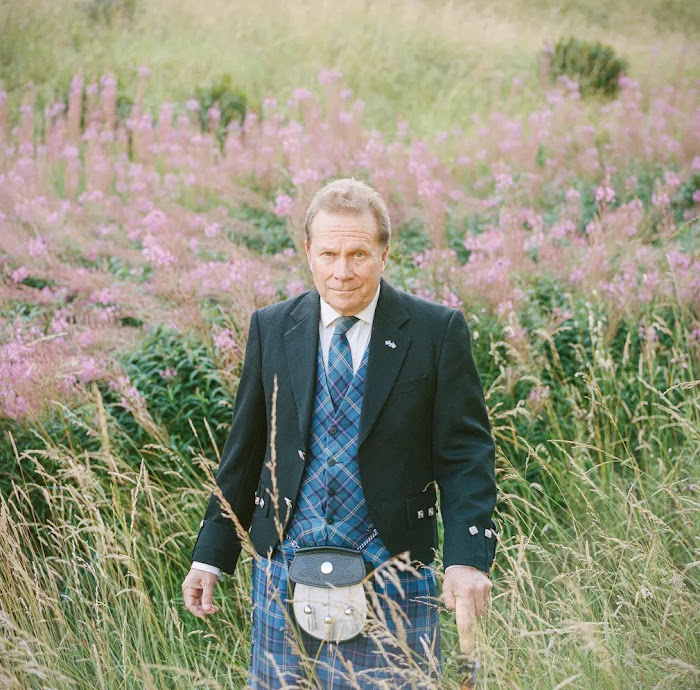 Above: "‘Are there any Jews?’ This was the first question my wife asked me nearly 15 years ago when I was offered a teaching post in Scotland. I conducted online research and it appeared that Edinburgh was the new Jerusalem!" Joe, Edinburgh (via)