There have been several experiments to study the effects of isolation on humans (biological rhythms, eating and sleeping patterns, etc.), some of them carried out in caves, and one of them in the French Alps in 1965. That time, Antoine Senni (male record of 126 days) and Josie Laures (female record of 88 days) spent a long time in different caves, each in complete isolation and loneliness (via and via). 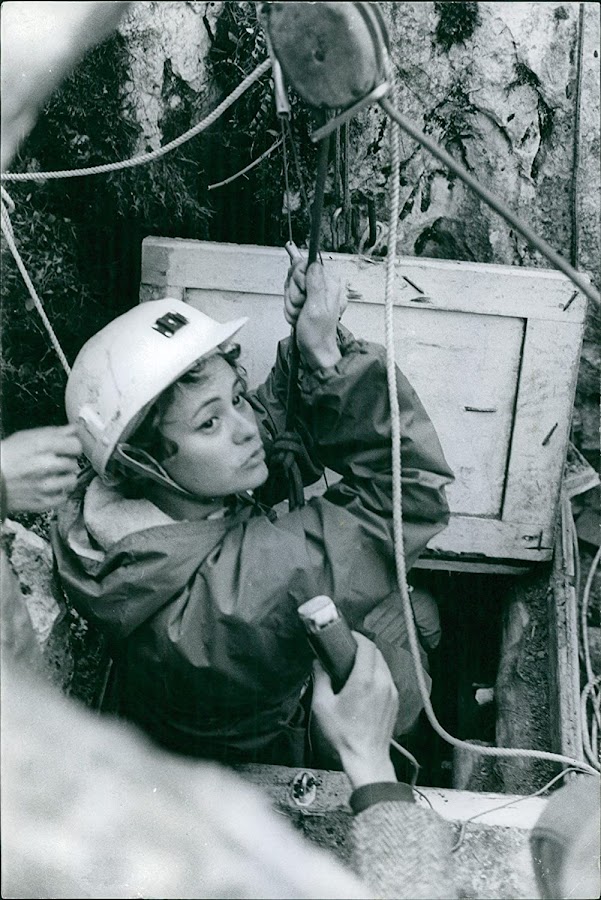 While their experiences were rather similar, media coverage made a difference. Antoine Senni became "the forgotten man", media focused on "pretty Josy Laures" who "got all the publicity". In an article, they were described as "a blonde, dark-eyed girl of 26 and a 35-year-old furniture". manufacturer." One article was titled "Blonde Cave Dweller Out of Hospital". A video news report comes to the conclusion: "If the resulting data helps astronauts, Josie will be proud to have been a guinea pig in space exploration. Her boyfriends hope it’ll be for the last time." (via)


After Laures spent some time in Paris getting medical tests, the Tribune reported that she had “fully recovered from her ordeal, tho she has not yet lost extra weight she put on while in the cave.” And if you’re thinking “Well, that’s rude, but maybe it’s relevant, since the experiment was to test the physical and mental effects of isolation,” another article reveals that the “extra weight” she put on was a mere four pounds. No word on the fluctuation of Senni’s weight in the cave.