"I had always been proud of our feats in space. But something always bothered me: Where are the women? Where are the people of color?"
Nichelle Nichols 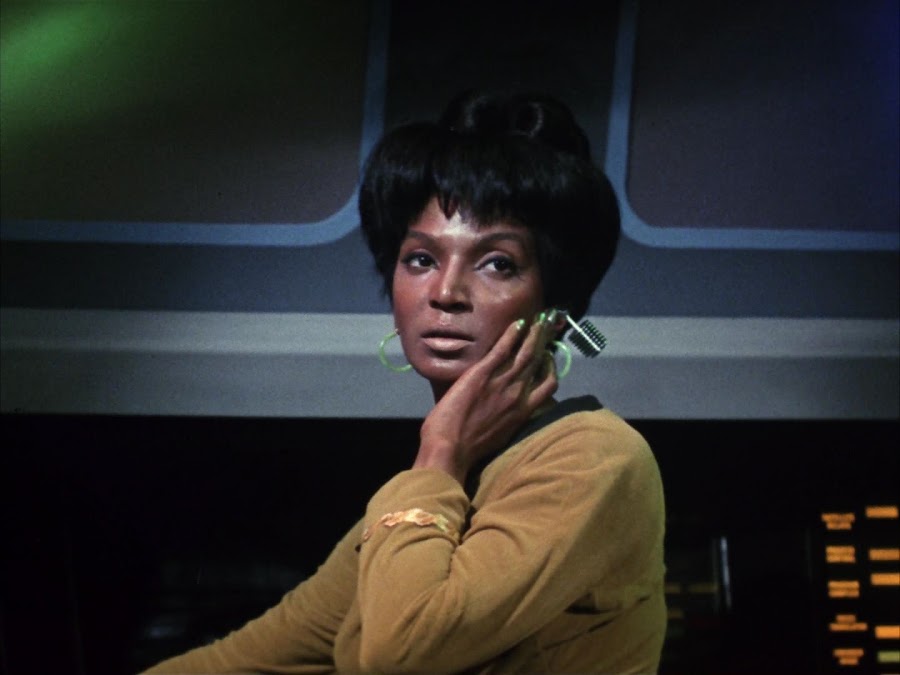 The United States landed a man on the moon in 1969 -- but our astronauts needn't be limited to white males.
There were no women, and there were no minorities in the space program -- and that's supposed to represent the whole country?
Not in this day and age. We just absolutely cannot have that. I can't be a part of that.

I was somewhat of a celebrity in their eyes. I had gone on television and in several interviews spoke of why they should get involved, and they took it up and said 'she's absolutely right'.
Nichelle Nichols

In the 1960s, spaceflight was a (white) male-dominated programme. After Kennedy's speech to the nation calling for Congress to give "all Americans the right to be served in facilities which are open to the public", Kennedy and Johnson (at the time Vice President) "took steps to create more inclusive job opportunities as part of the buildup for the Apollo lunar landing program" and NASA started to encourage black US-Americans to work at one of their facilities. Initially, progress was rather slow. In 1967, Robert Henry Lawrence Jr. (1935-1967) became NASA's first black astronaut, Guy Bluford was the first black US-American to fly in space in 1983 - the same year Sally Ride became the first US-American woman in space (via) who, by the way, had heard about the space programme through Nichelle Nichols (via).


In an unprecedented move, knowing that NASA was planning to hire approximately 200,000 people in Southern states, recruiters were asked to travel around the country trying to persuade African-American scientists and engineers to work in the space program.
Janet Petro 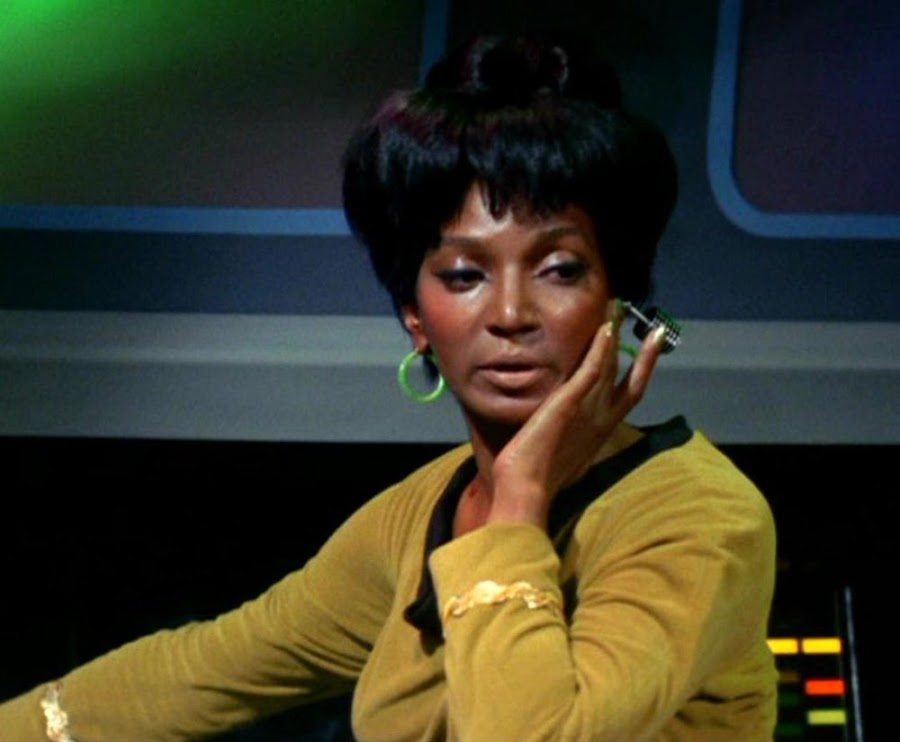 
When NASA was developing the Space Shuttle in the 1970s, it needed to recruit a new group of astronauts to fly the vehicle, deploy the satellites, and perform the science experiments, and was encouraging women and minorities to apply to be astronauts. The Agency hired Nichelle Nichols, who played Lt. Nyota Uhura as the Communications Officer on the Starship Enterprise in Star Trek, to record a recruiting video. She came to JSC in March 1977, and accompanied by Apollo 12 and Skylab 3 astronaut Alan L. Bean, toured the center and filmed scenes for the video in Mission Control and other facilities. NASA hoped that her stature and popularity would encourage women and minorities to apply, and indeed they did. In January 1978, when NASA announced the selection of 35 new astronauts, among them for the first time were women and minorities
John Uri, NASA Johnson Space Center

...and kept her promise.


I am going to bring you so many qualified women and minority astronaut applicants for this position that if you don't choose one… everybody in the newspapers across the country will know about it.
Suddenly the people who were responding were the bigger Trekkers you ever saw. They truly believed what I said… it was a very successful endeavor. It changed the face of the astronaut corp forever.
Nichelle Nichols

"Hi, I'm Nichelle Nichols but I still feel a little bit like Lieutenant Uhura on the Starship Enterprise. You know, now there is a 20th century enterprise, an actual space vehicle built by NASA and designed to put us into the business of space. (...) The shuttle may even be used to build a space station in order to orbit the earth. And this would require the services of people with a variety of skills and qualifications. (...) Now, the shuttle will be taking scientists and engineers, men and women of all races into space just like the astronaut crew on the Starship Enterprise. So that is why I'm speaking to the whole family of humankind - minorities and women alike. If you qualify and would like to be an astronaut, now is the time. This is your NASA, a space agency embarked on a mission to improve the quality of life on planet earth right now."

::: The Future of Women Astronauts Seen From 1962: LINK
::: The Nonstereotypical Role of Lieutenant Uhura: LINK
::: Public Library: LINK
::: Nichelle Nichols. Her Legacy Project: LINK
::: "It's as simple as that.": LINK
::: Tomorrowland & The Cultural Lag Theory: LINK