Julia Roberts was born in 1967, a time defined - among other things - by segregation and racist violence. Her parents had founded the Atlanta Actors and Writers Workshop in Georgia and saw "their fair share of hatred for welcoming black children into their acting school", one of them being Yolanda King (via).

“My parents had a theater school in Atlanta called the Actors and Writers Workshop. And one day, Coretta Scott King called my mother and asked if her kids could be part of the school because they were having a hard time finding a place that would accept her kids. And my mom was like, ‘Sure, come on over.’ And so they all became friends and they helped us out of a jam.”
Julia Roberts 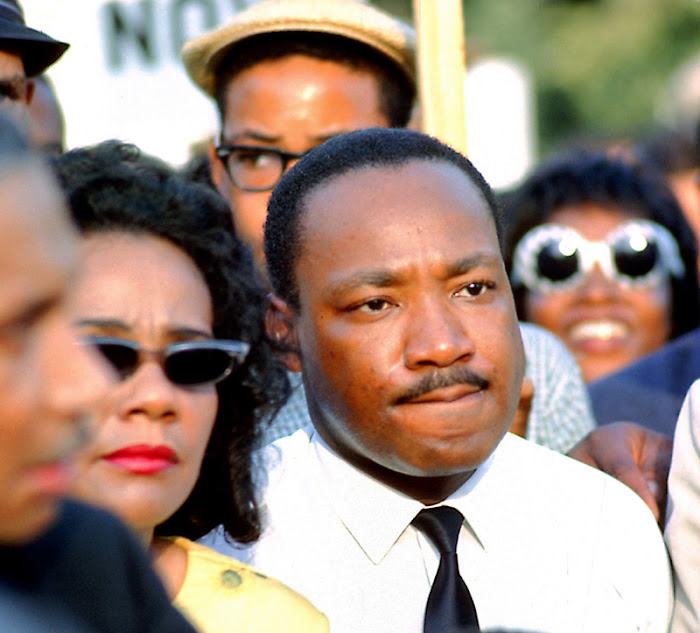 ... the jam being paying the expenses for her birth. Martin Luther King, Jr. und Coretta Scott King paid for her parents' hospital bill after Roberts was born since her parents, Betty Lou Bredemus and Walter Grady Roberts, could not afford to do so (via).

When, in 1965, Yolanda King was cast as the romantic interest of a person played by a white actor, a racist blew up a car outside of the theatre during the production, then went inside to throw things onstage at the actors (via).

Yeah, because in the ’60s, you didn’t have little Black children interacting with little white kids in acting school. And Julia’s parents were welcoming, and I think that’s extraordinary, and it sort of lays the groundwork for who you are.
Gayle King