In 1967 alone, there were 167 uprisings in US-American cities, the largest ones in Newark (New Jersey) and Detroit. The uprising - or rebellion as it was called by local residents - in Newark took place from 12th to 17th of July with at least 26 people being killed (via). 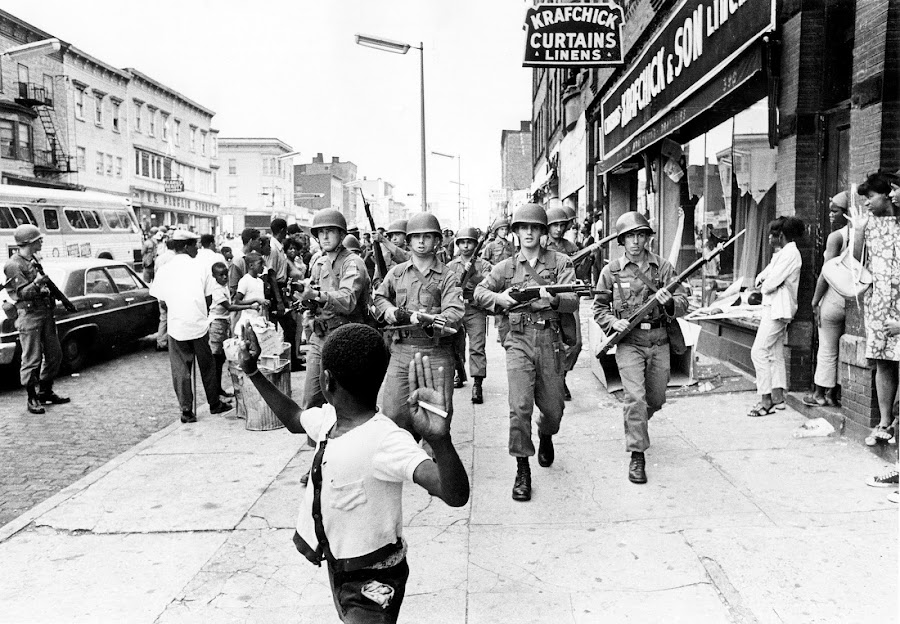 On 12th of July 1967, John Smith, a black taxi driver, was stopped and beat by two police officers. Activists were organising a picket line to the City Hall when the rumour spread that Smith was dead. The anger increased, people did not want to listen to their leaders preaching non-violence. "Someone threw a firebomb. The Newark riots had begun." (via), the streets "exploded in violence" (via). State troopers and the army stepped in but the atmosphere of fear only grew (via). 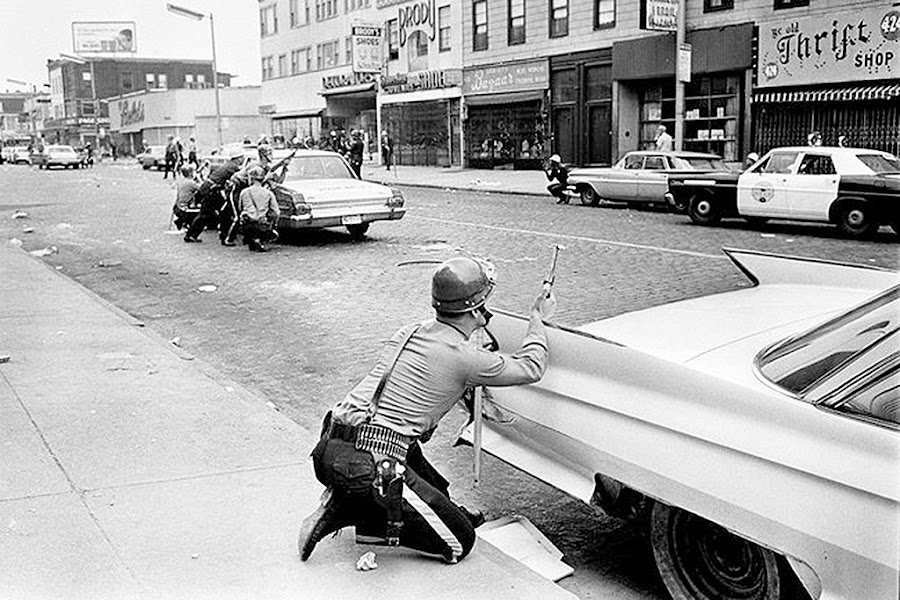 A commission was created to study the reasons that led to the riot, the major causes mentioned were discrimination, police brutality, unemployment, inadequate housing (also discriminatory real estate practices, housing projects) and education.

The population hit 450,000 in 1948, then ebbed as whites, who could get mortgages, moved to the suburbs. Twenty thousand manufacturing jobs disappeared between 1950 and 1967. (via) 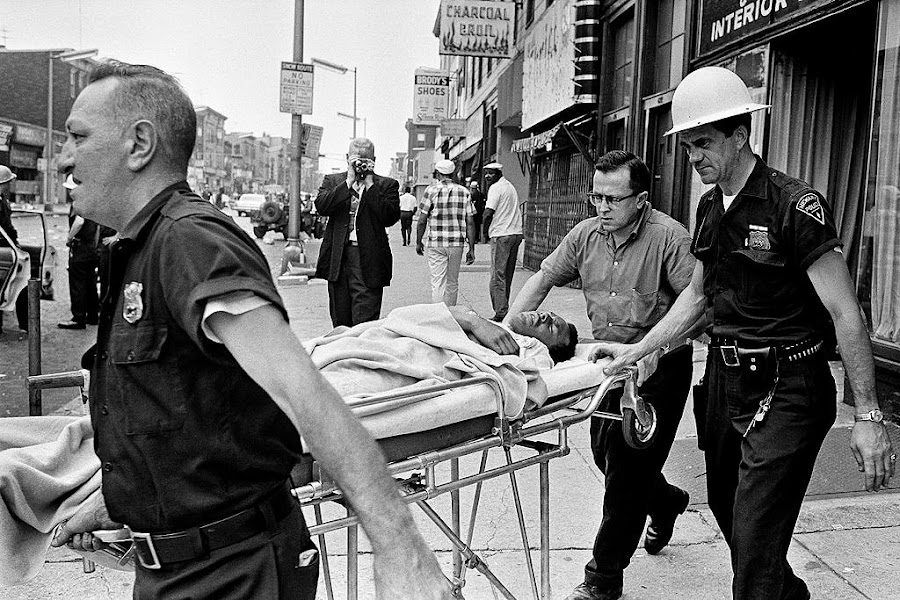 Black political power was practically absent, particularly in the schools. School board members were all white despite the very fact that blacks and Latinos represented the majority of the student population. The state of educational crisis was pointed out, third graders were reading at two grade levels, the dropout rate was rather high. A shortage of teachers and dilapidated buildings were further problems. Schools were chronically underfunded. By the mid-1960s public schools did "not have the physical space to educate every Newark student". As a result, the black community was policitally marginalised despite being the majority of the population. Things started changing in the 1970s when Newark had a black mayor, a majority-black school board, a city council with black members, more resources for schools, and when courts ruled that New Jersey's funding system was unconstitutional because it failed to provide students from poorer districts, i.e., black students, an efficent education . But the problems are still there. Newark, today, is one of the United States' poorest cities with one third of residents living below the poverty line (via).