On the evening of July 12, 1967, I was driving a carload of people back from a black power conference in Philadelphia, switching stations, trying to find some good music to keep me awake on the New Jersey Turnpike. A news flash caught my attention, loud and clear:

“There has been a confrontation between police and a large number of people in the city of Newark…Police have declared a curfew…Police are out in force.” 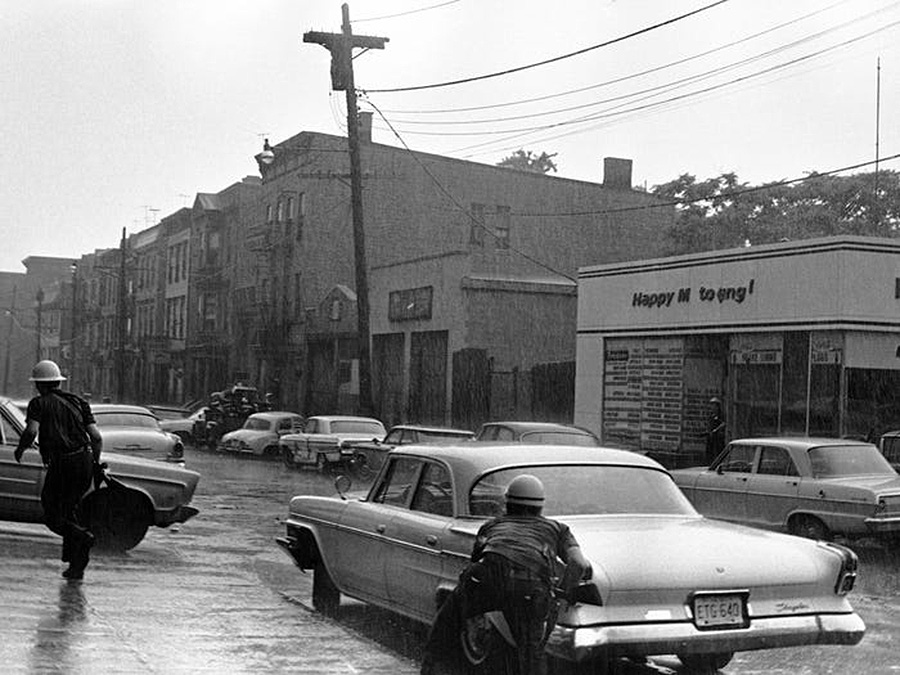 I didn’t need music to keep me focused. We just had to get home.

Fifty years later, I ask myself why I was in such a hurry to get back to Newark. At the time, I was a 22-year-old student at Yale Law School, spending my third summer as a community organizer and law-student advocate in Newark. I was raised in Richmond, Virginia, but Newark felt like my new home. Now my home was about to fulfill a prophecy.

For weeks, black people had been saying the community was ready to explode. I heard it in bars and at neighborhood meetings. I heard it from speakers protesting the two hot issues of the day: Mayor Hugh Addonizio’s plan to build a medical and dental school on 150 acres in the Central Ward that would displace 20,000 mostly black and Puerto Rican residents; and the mayor’s decision to place James Callaghan, a white man with a high school diploma, in the position of board secretary (business administrator) for the Newark public schools, instead of Wilbur Parker, the first black CPA in New Jersey. “Keep this shit up and there’s gonna be a riot in Newark!” was the word on the street. (Applause meter off the charts; everybody agreed.)

Most people didn’t want a riot, and even fewer had a sense of what to do if one broke out. But they knew it was coming. They knew about Birmingham in 1963, Harlem in 1964 and Watts in 1965. They knew about the death and destruction. Many wondered: Was it worth it? Some were too mad to care. 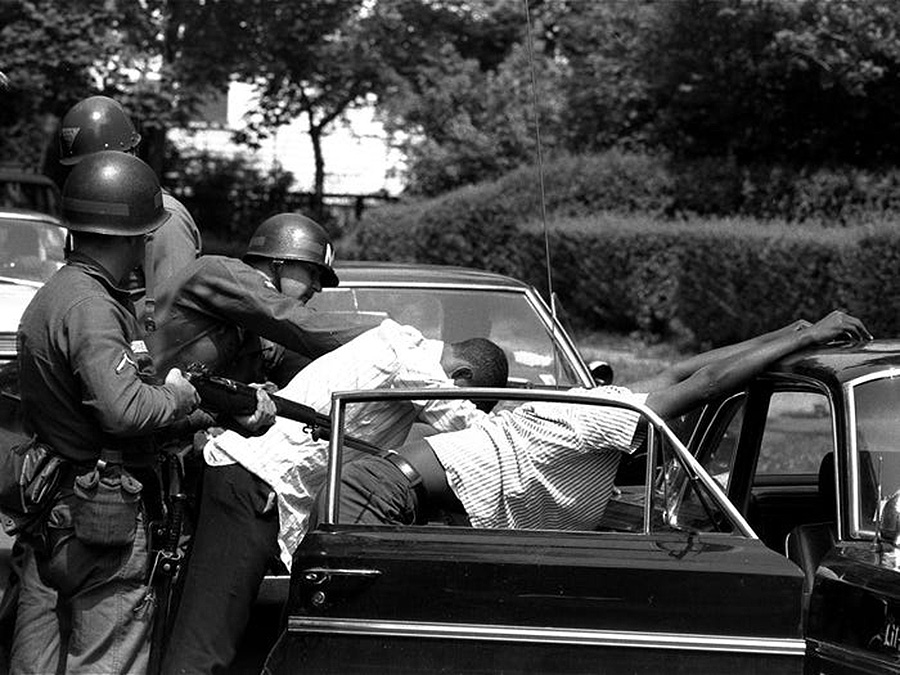 So here I was, driving back into Newark late at night. I had no intention of burning or looting, or shooting police—not even the cops whose racism I had seen in action. I was totally committed to nonviolent resistance, by training if not by disposition. (...)

Most accounts of the Newark Rebellion—and I call it a rebellion—say the arrest and beating of John Smith, a black cab driver, triggered the outbreak of violence. Hundreds witnessed Smith being dragged into the 4th Precinct police station in front of the Hayes Homes, a high-rise housing project. Rumors spread that Smith had been killed while in custody. Local civil rights leaders tried to form a march downtown in protest. But as the crowd grew in front of the Hayes Homes, someone lit a bottle filled with gasoline and threw it at the police station. Cops poured out of the station in riot gear to drive off the protesters. As the crowd dispersed, looting broke out on nearby streets. The Rebellion was on.

Why do I call the events of July 12 to 17 a rebellion rather than a riot? Riots are mindless, aimless, spontaneous outbursts triggered by some immediate event. But rebellions, like those waged by Thomas Jefferson and Nat Turner, are the result of long-simmering hurts with no other ways to redress grievances. Looking at the evidence, this was a rebellion. 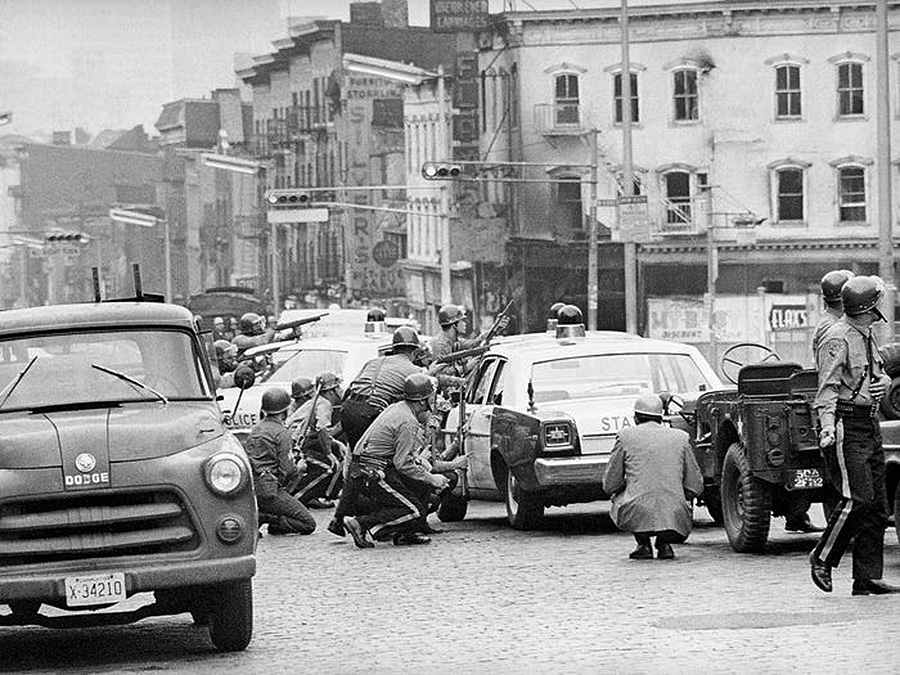 The situation in Newark at the time can be explained in two words: racial polarization. Whites held a virtual monopoly on power in Newark, despite token representation of blacks—what are sometimes called “house Negroes”—on the city and county levels. Racial polarization was entrenched. This in a city that, at the time, was 52 percent black and 10 percent Spanish speaking.

The increasingly angry black community raised a growing chorus of demands for better opportunities. Repressive measures by the police force (which was 90 percent white) and government agencies like the Board of Education and the Welfare Department increased the hunger for self-determination in the black community. Blacks were the victims of unscrupulous landlords and crooked retailers, and of misguided development programs that turned into land grabs, destroying communities in the name of urban renewal.

The white population had been flowing steadily out of Newark since the 1950s. Jobs were leaving, too. (...)

On the second night of the Rebellion, I was driving around with three guys in my car. (...)

I was climbing up the hill on Court Street, heading west toward the Scudder Homes, when I heard the siren. It was a hot night; the windows of my white Ford Fairlane 500 were down. We neared the corner of High Street—now Martin Luther King Boulevard—when I picked up the whirling lights of a Newark police car in my rearview mirror. The siren was getting closer. They were coming for us.

I pulled over to the grassy divider in the middle of Court Street. The squad car sped forward, angling in front of me, presumably to prevent our escape. Four cops jumped out, guns drawn, and ordered us out of the car with our hands up. One of them had a shotgun.

We stepped from the car as directed. One of the cops yelled, “Up against the car, motherfuckers.” The street was deserted. We knew we were in big trouble.

I had never before looked down the wrong end of a shotgun. It seemed like it was looking back at me. I turned and assumed the position, hands on the roof of my car, legs spread wide.

The pat-down produced no weapons. Still, these guys were scary. One cop ordered me to open my trunk, which I did without hesitation. I thought about my Virginia plates. It was popularly held in government and law-enforcement circles that, when unrest came to Newark, it would be fueled by “outside agitators,” who would supply guns and ammunition. (...)

It is hard to explain to anyone who was not there the climate of resistance in the streets during the 1960s. People organized to withhold rent from landlords who overcharged for slum properties; they demonstrated against welfare bureaucrats who punished their clients for violating the “man in the house” rule, which said families could not get public assistance if there was an able-bodied man in the household. People boycotted retail merchants who sold bad meat and schools that failed to properly educate children. People demonstrated against poorly managed, overcrowded public housing, and against rampant urban renewal that gobbled up residential neighborhoods without providing adequate replacement housing. And of course, they spoke out against police brutality.

The ordinary democratic processes didn’t work for black people. All that was left was the politics of confrontation. Up to 1967, those confrontations had been nonviolent. (...)

On another corner, across from the Morton Street School, Central Ward Democratic leader Eulis “Honey” Ward and I watched as local residents ran into the furniture stores on Springfield Avenue. Out they came with sofas, chairs, lamps—whatever they could carry. They hauled their goods up flights of stairs and came back down with worn-out, dilapidated furniture, leaving it on the sidewalks for the trash collector. What Ward and I couldn’t see was the deliberate removal of credit records from the filing cabinets in these stores. Without these records, the merchants wouldn’t be able to find people who had bought on credit.

Not all white merchants were targeted. Those with a reputation for fairness were spared—although this message was not always easy to communicate to passing looters. The few black merchants wrote “soul brother” on their windows or doors to avoid the riotous invasion or the torch. On South Orange Avenue, neighbors wrote those words outside a shop owned by a Chinese merchant they wanted to protect from looters. But they couldn’t protect him from the police. The next morning, the merchant discovered bullet holes in his shop. Law-enforcement officers were singling out stores that appeared to be black owned for their own brand of retaliation and lawlessness. (...) Junius Williams